Governance and the Trickle-Down Effect: Citizens Monitor Service-Delivery in Georgia

Corruption is often categorized as either petty or grand, with the implication that bribery is the form through which citizens are most directly impacted and inconvenienced in their administrative interactions with government. Despite that conventional wisdom, a number of Global Integrity field staff are taking on initiatives to show how grand corruption and weak institutional governance frameworks in fact have serious local impacts. They are doing so through citizen monitoring projects to promote better service delivery in their communities.

Our first example of this came from Brazil, where the investigative journalism organization, ABRAJI, created an online training course to teach reporters from around the country how to track fiscal spending. Our second example comes from Georgia, where Zaal Anjaparidze and his team the Eurasia Partnership Foundation provide financial grants and training to local NGOs, allowing them to keep an eye on services that matter most in their communities– from federal housing distribution to the effectiveness of waste management services. 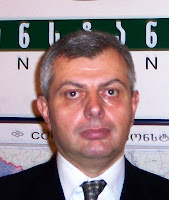 When I spoke with Zaal, a peer reviewer for the Global Integrity Report: 2009, it was clear that reform is at the core of the Eurasia Partnership Foundation’s Engage and Monitor for Change program. This initiative taps into pre-existing local civil society networks, providing training to those organizations on how best to design and implement citizen monitoring programs, and pairing them up with outside mentor groups and journalists. Together, these teams have the outlet and the reach to demand government attention.

The Eurasia Partnership Foundation was created in 2007 as a follow-up action plan to a national study of the state of civic monitoring in Georgia. The survey results looked promising: a culture of civic monitoring existed in localities across Georgia, but in most cases improvements needed to be made in how evaluations were being carried out. As Zaal put it, “local government frequently complains that civic monitoring done by NGOs is unprofessional.” Directed by the survey results, the Foundation adopted a mandate to improve the haphazard nature of citizen monitoring projects in Georgia. The existing base of local organizations made capacity building and the creation of a competitive grants process the program’s top priorities.

Zaal identifies the competitive grants process as an essential experience to help grassroots organizations who are “important at the community level” gain the experience to launch them into the “elite” status of the more well-established and well-funded CSOs. “Actually, the CSOs whom we selected as grantees have some experience in civic monitoring but this experience was not sufficient to do it professionally. Local government frequently complains that civic monitoring done by NGOs [Georgia] is unprofessional. That’s why we conducted training of trainers in civic monitoring and advocacy and equipped NGOs with a Georgian language guidebook on methods of participatory monitoring which is tailored to Georgian realities.”

This training of trainers was initially completed by the Partnership for Democratic Change to either improve monitoring practices for groups who had previous experience or start from scratch with others.

In each monitoring exercise undertaken by the Foundation, target sectors are identified jointly by both grassroots groups, who represent local needs, and more mid-level groups with the specific training and better capacity to carry out the assessment. Zaal emphasized that these partnerships are essential not only for the monitoring project at hand but also for strengthening Georgian civil society more broadly.

The Engage and Monitor for Change program has had mixed results in terms of government cooperation and receptiveness to results. There is little outreach to local governments prior to the monitoring exercise. Instead, establishing a vibrant monitoring team is the first priority, after which the government is presented with recommendations based on civil society monitoring. Zaal finds that government receptiveness is often based on the “professionalism of the results.” To help translate the findings into government reform, Zaal says monitoring CSOs often try to partner with local media groups who can “help to mobilize communities,” “pressure government,” and “improve our public image.” The activist-focused, watchdog style of media reporting often pushes government to respond in some way, although Zaal admits the reaction is not always positive. This challenge came out strongly during the project’s two year review, where participants identified government buy-in as a main weakness in the “actionability” of project results:

“Participants stated that apolitical will of the government still doesn’t contribute much to the engaged cooperation and dialogue between civic sector and government. The latter prefers to manipulate…citizen participation just for show…”

The Eurasia Partnership Foundation’s grants program is creating a culture of local civil society engagement throughout Georgia. The structure and mentoring aspects of these projects provide community groups with capacity to hold their governments accountable for service delivery, grounding the often elusive concept of governance in citizens’ daily lives.