In Tonga, the Royal Commission of Inquiry is wrapping up its investigation into the tragic ferry accident of last August that killed 74 people. Global Integrity weighed in on the debate, using our locally reported data as the basis for a letter to the editor of the Matangi Tonga newspaper. The responses have been mixed and a few feathers may have been ruffled (in a good way, we would argue).

We have been following the Royal Commission of Inquiry’s progress over the past few months, and our disappointment over the emerging emphasis on individual actors rather than institutional weaknesses prompted us to say something. Below is the letter, as printed in the Matangi Tonga online:

TONGANS will always remember the day the Princess Ashika sunk in the Pacific waters. Just days after the tragedy, I flew over that same ocean on my first trip to Tonga to participate in a discussion of Tonga’s corruption and transparency challenges based on recent fieldwork my organization, Global Integrity, had conducted with a team of Tongan researchers and journalists. After hearing the news, my colleague Nathaniel Heller and I were unsure of what we would find when we landed in Nukua’lofa. While so many Tongans we spoke with were obviously grief-stricken, we were most impressed by a sense of perseverance that the people of Tonga embodied. Nathaniel and I left Tonga just as the Royal Commission of Inquiry commenced and have followed the investigation out of both personal and professional interest.

However, as the inquiry has progressed, we were surprised to read the Prime Minister’s statement that individuals’ decisions, and not institutional government weakness, were to blame for the tragic accident.

The research our Tongan partners compiled in advance of our August 2009 workshop (data that reflects the time period of the Ashika’s purchase) clearly point to major weaknesses in Tonga’s procurement system that have nothing to do with individuals making poor decisions and everything to do with weak rules of the game. Large-scale procurements are signed with little public or internal oversight, which has been consistently reinforced by the Commission’s findings. While procurement committee decisions are overseen by Parliament, the government has rarely made an effort to publicize the results of major government purchases meaning that those outside of government have little opportunity to monitor government procurements.

The Princess Ashika vessel was purchased in spite of serious structural damage, but because the government was not required to share detailed information on procurement decisions with the public, Tongans learned of these structural issues far too late. While the Prime Minister and the Commission of Inquiry may argue that certain individuals within the Ministry of Transport should have done a better job of performing due diligence, the truth is that oversight was remiss due to a lack of clear reporting requirements for procurement decisions both within government and to the public.

While the choices and actions of individual procurement officials undoubtedly played a role in the purchase of a boat unfit for the seas, this tragedy cannot be blamed solely on poor decision-making of a few individuals. The porous legal and regulatory framework is the real culprit. Until Tonga’s procurement systems are reformed to establish a clear reporting structure and to require the public announcement of decisions, it is only a matter of time until the next tragedy occurs.

One Tongan ex-pat called Global Integrity’s DC office to simply chat about the Commission’s interviews and the potential for reform in his country. He views the media as essential to pushing for progress. He believes that management systems should be in place not with the intention to constrain individuals but to allow for integrity to come through.

Here’s one email we received:

Thank you Nora you are definitely right.

We received another email enumerating many examples of procurement and privatization decisions that the King or other top officials have made favoring close friends or relatives. We won’t repeat the claims here, but this individual states that the emphasis on cronyism in awarding government jobs and contracts has led to agencies staffed by officials who do not have proper skills to effectively provide oversight.

As we highlighted in our letter, the lack of publicly available information makes it impossible for Tongans to track the tender and purchase decisions of their government. This individual seems skeptical that opening such records would change much:

“You made the comment …” Large-scale procurements are signed with little public or internal oversight, which has been consistently reinforced by the Commission’s findings. While procurement committee decisions are overseen by Parliament, the government has rarely made an effort to publicize the results of major government purchases meaning that those outside of government have little opportunity to monitor government procurements.

You are exactly right. There is no transparency and no accountability. Even if the government became more transparent, I doubt if anything would change since there is no one to challenge them. That is and I am soon to be proven correct, that even with transparency, its up to the government to take it one more step and make itself accountable for its errors.

Hence the Royal Commission’s Terms of Reference (TOR) in the Ashika has no capability to implement criminal action or charges. It’s like a toothless tiger. The king and government would not want to incriminate itself now would it?

Of course, we are not adored by all. Here’s one follow-up letter to the editor of Matangi Tonga:

The Royal Commission is in the process of finalising its report and everyone has their own theory as to what happened, didn’t happen, was supposed to happen… One would expect from all the errors, deficiencies and shortfalls identified; that causal factors will be determined, as well as contributory factors, and from that the required corrective & preventative actions recommended for implementation.

Foreign based organisations such as Global Integrity who only spend 5 minutes in Tonga, and then think they know the answer to all the ills, issues and problems in Tonga should refrain from sensationalism and making unqualified and unsubstantiated claims.

If you claim to promote “Integrity” then you should not pre-empt the ‘due process’. As we say here in Samoa “Fai fai lemu” – which means “slow down & have patience”.

We look forward to the Royal Commission of Inquiry’s full report, which is due to be released later this month. 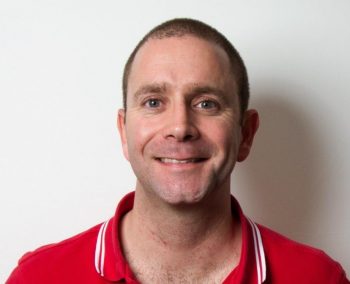