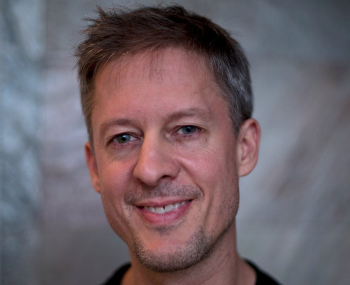 Andrew is co-founder and CEO of Nuams, an “open civic platforms” company working to improve the efficacy of the world’s public sector institutions by helping governments and civic nongovernmental organizations (NGOs) to open up, innovate, and collaborate affordably, using open-source software. In particular, Andrew has led development of the “OpenCivic” app catalog/hackathon and the “DKAN” open data publishing platforms, both based on the open-source Drupal content management framework, and served clients ranging from the World Bank to the Open Government Partnership.

Prior to founding Nuams, Andrew served as the first Chief Information Officer for the New York State Senate, executing a mission to improve government transparency, citizen participation, and operational efficiency for the Senate through technology. For this work, he was selected by GovTech as the 2010 New York State Public Sector CIO of the Year and named to the “Government CIO 50″ by Information Week.

A serial civic entrepreneur, Andrew previously co-founded the CoLab collaboration program at NASA, Goodstorm.com (sold to Zazzle), and led business strategy for CivicSpace Labs. He has served as an adviser or Director of myriad civic technology organizations including OpenPlans, Civic Commons, the New Organizing Institute, OpenCongress, the Space Generation Foundation, and Netroots Nation.

Andrew is a graduate of the NASA Academy, the International Space University, Brown University (Sc.B Planetary Sciences), and Berkeley (M.S Environmental Science, Policy, and Management). He also serves on the Board of Directors of Yenza and Open Plans.