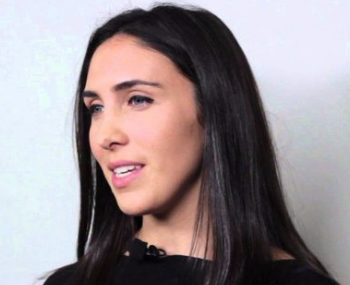 Ania is the executive director at the Open Data Charter. Prior to this role, Ania led the National Open Data Policy in Mexico, delivering a key presidential mandate. She established capacity-building programs across more than 200 public institutions, developed tools and platforms to enable the release of standardized data, built channels to increase the ability of citizens to inform data release, and started a national open data network of more than 40 cities working to improve service delivery.

Ania created programs with multiple sectors to increase the use of data to reduce maternal mortality and increase financial inclusion in Mexico’s largest social development program and enhance resilience against natural disasters, and launched a Datalab fellowship program to improve evidence based policymaking. She worked to strengthen open data commitments globally, such as with the G20, Anti-corruption Summit, and multiple regional and bilateral declarations. This work helped position Mexico as an open data leader in Latin America and New Challenger, according to the Open Data Barometer. Ania holds a Master’s degree in Public Administration from Columbia University and has prior experience as founder and director of a nonprofit organization that focused on promoting citizen engagement in shaping Mexico City’s public agenda.