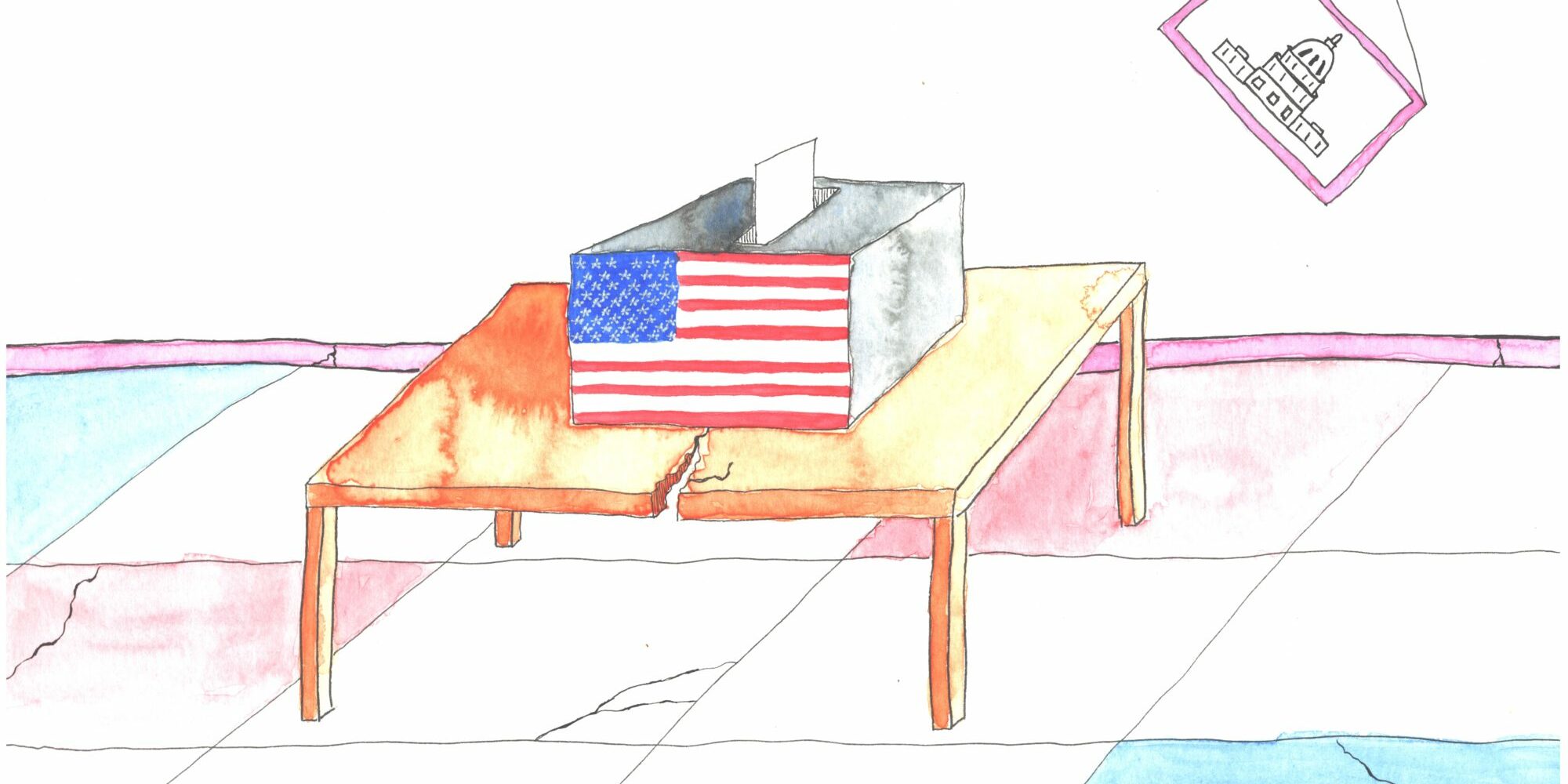 This video and transcript are based on a joint event, co-organized by Open Gov Hub and Global Integrity. On October 22nd, we brought experts and activists together from the U.S., Poland, Venezuela, and India to share their perspectives. Rachel Kleinfeld, Senior Fellow at the Carnegie Endowment for International Peace led the conversation with Krzysztof Izdebski (Board Member & Policy Director, ePaństwo Foundation), Rodrigo Diamanti (Founder of Un Mundo sin Mordaza), and Manu Bhagavan (Professor of History, Human Rights, and Public Policy at Hunter College, CUNY & CUNY Graduate Center).

Democratic crises do not happen in isolation. With increased polarization worldwide, the United States can learn relevant lessons from other countries in order to minimize electoral risks.

A healthy democracy should function effectively regardless of who is in power, owing to strong institutions. But this theory does not pan out in practice. “We can’t rely on institutions as checks because institutions don’t check belief,” said Kleinfeld, underscoring Izdebski. Speaking from the Polish perspective, he concurred: “It is naïve to say that the strong intuitions would protect us, because there are living human beings that form these institutions. So, they are putting their political agenda [inside]. The institutions, the walls of the institutions can’t protect democracy if the people are not willing to do so.”

Indeed, democracies are made of a vast array of people with differing views, values, and goals. But how our governments work — or fail to work — is up to us as a society beyond elections alone. Diamanti, exiled from Venezuela states “democracy falls on you. And you have to take responsibility for your own country, each one of us. Thinking that politicians are responsible for what is happening in your country, I think that is the worst mistake that you can make. Everyone is responsible for the future of your country and if you don’t take care of it you can end up in a situation like us, like Venezuela where we lost the country and we don’t know when we’re going to recover it.” We have to own the successes and the failures to figure out how to move forward.

One of the underlying issues that breaks down any country’s social cohesion is polarization. We should consider that polarization inside the U.S. is “more important than thinking only about Trump or Biden,” as Diamanti advised. “I think it should be tackled. And sometimes the media also responds to that polarization with more polarization and they don’t see how they’re also not helping to strengthen the debates.”

“We need to think of those followers on the other side more as believers than as regular political citizens and not try to fight with rational arguments, not try to convince with data and so on. There’s an identity going on here that’s not going to be altered with rational argument,” Kleinfeld summed up, expanding on Diamanti’s reflections. “This polarization itself is a disease in our society… How do you defend institutions if the institutions themselves aren’t really worth defending because they were problematic in the first place? Finding ways to deal with this disease of polarization is the crucial key to not getting stuck in the situation that Rodrigo is talking about, where you’re playing on their playing field.”

Izdebski pushed this train of thought further — “I don’t believe we have electorates anymore; we have believers. And that’s one of the consequences of polarization. It’s a very conscious political tactic because it helps to win political battles, not only elections.” And polarization does not give rise to rational policy choices. “When we are talking about polarization, the majority or a significant number of citizens are completely indifferent towards what is happening on the level of the state and the public administration, etc. What they really want — and it’s understandable — is to have a decent life. A lot of people were saying, even those ‘indifferent’ ones, is that every politician steals, but these guys are sharing with us.” This cynicism and wariness corrupts a participatory democracy.

Looking comparatively at India, the world’s largest democracy, Bhagavan points to political trends that mimic the U.S. “In 2016, I saw a number of parallels between Modi and Donald Trump, and this spurred me to write about the rise of global authoritarianism. Modi’s love of show and the spotlight and media attention. He rolled out some big things because he loved to get the attention for it. Meanwhile across India, hate crimes and other attacks on marginalized communities, intellectuals began to rise, picking up steam after 2016.” This is a particularly worrisome trend, as identity-based violence is on the rise in the United States as well, and there is a growing global trend of skepticism towards the traditional liberal democratic framework.

“Freedom of expression is the most important human right because it’s the only one that will defend the rest of human rights” underscored Diamanti. Bhagavan added: “I see [Trump] as a totem around the world and I think if he goes down electorally, it’s possible that that might reignite opposition forces not just in the United States but around the world. All is not yet lost. If you have anything to do with the United States and you’re eligible to vote, vote! Anywhere in the world if you believe in democracy, stand up for it. Make your voice heard and look for alliances. I still fundamentally believe that the believers in and defenders of democracy outnumber everyone else and I think that there’s still hope. The one thing authoritarians around the world and enemies of democracy want is for believers in democracy to lose faith and hope and we must not allow that to happen.”

It is ultimately up to us to define what kind of government we want — we compose the institutions that govern us — it’s by the people, for the people. Let’s live up to those fundamental democratic values and overcome political polarization.

This is the second event in a three-part series, with the first one covering Journalism, Elections, and Polarization (see the video).

The final one will focus on Regaining Trust: Identity Politics during Elections and is happening on Thursday, October 29th at 12-1pm EDT (RSVP here).  Join us for an interactive conversation with activists, a political scientist, and a civil rights lawyer.