Regaining Trust and Bridging the Divide: Identity Politics and Elections 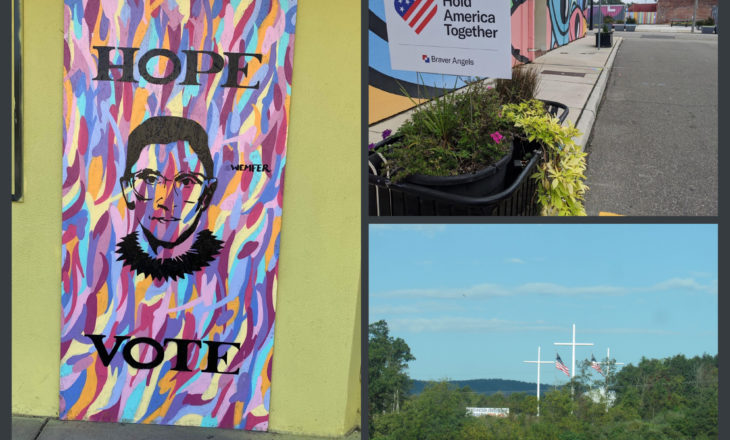 Political identity is a divisive topic, even when it’s not election season. Today, the word “polarization” is nearly synonymous with politics in the United States, with a recessive trend of closing civic spaces and restrictive conservatism growing globally. A few relevant questions from our Open Gov Hub community came up during our live discussion last week:

Kavita Pavria-Sanchez, a civil rights attorney and policy analyst of KPS Strategies brings a perspective from her work at the grassroots level: “Talking about minority groups is just tokenistic, it doesn’t resonate, there isn’t depth there” because politicians often try to get votes “without doing the work of getting to know vulnerable communities.”

Lack of authentic understanding can be very divisive. “The dispositions that we have, the ideological bands, which might not necessarily map to policy preferences but are just sort of a way of understanding and engaging the universe, have now been associated with these intrinsic qualities of our identity, making them much more heated,” Silas Kulkarni of the bipartisan nonprofit Braver Angels underscores.

Petros Vamvakas, a political science professor at Emmanuel College, warns that what is happening today is not an isolated event, but a cycle rooted in the history of this country, “I think it’s erroneous to think that there’s systematic racism. I think there’s systemic white supremacy.”

He poignantly reminds us that the United States has not been built as an inclusive, diverse country and only began to break down some of its exclusionary structures meant to uphold white supremacy in the 1960s. However, opposing factors against progress have created cycles of polarization, here and globally, and have been exacerbated by “an erosion of social trust, our institutions, and our associations” – something that social scientists noticed back in the 1970s, and Robert Putman famously described 20 years ago in his seminal book Bowling Alone.

The historical factors of polarization of course go way beyond the 1960s Civil Rights era in America, and are rooted in colonialism. “Social classification is not a benign cultural act – colonial empires were creating colonial categories and distinguishing the rulers from the ruled,” Priya Kvam highlights. These rules were “intrinsically tied to intimacy, to who could love whom, who could organize in the social ladder, and how we then claimed ourselves as white, as other – we [still] see that today.”

We also have to consider the contemporary factors of polarization, namely the media. Kvam is a part of Breakthrough, a global human rights organization with a goal of positive culture change via uplifting media. Not a simple task, especially since “we’re seeing deliberate misinformation, and also an erosion of media that is local that is public, service-oriented journalism” – and a central topic we covered in our first event.

The political preferences that we hold as voters in a binary party system do not automatically translate to the intolerable hate of each other. The complexity of the human experience and intersectionality of what makes up our identity is not binary, and yet the current political construct is limiting us to choice A or choice B.

Personal storytelling can be a powerful tool to expand the lenses through which we see our world – and, as Kvam says, “calling people in rather than calling people out” who may be new to the conversation on equity. In full consideration of the emotional labor it takes on people of color, LGBTQ groups, and other discriminated minorities, these conversations should be conducted with utmost care to build human empathy.

Another way to bridge these gaps is an open conversation across the political divide , which Braver Angels often organizes across America at the grassroots level. Kulkarni explains that when people with different viewpoints engage in a debate where they listen in rather than score points, it can help weave an “underlying civic fabric” that is diverse — and yet can be a foundation for new common ground.

Democracy does not begin or end with voting – it means having rights and duties. And some duties, like paying taxes, are in conflict with a free-market system that privatizes public goods. Furthermore, the esoteric conversations about democracy often do not resonate with people who are struggling to keep their livelihoods, whether they live in an immigrant community or serve in the military. And the COVID pandemic further exacerbates this divide, with many people — here in the U.S. and around the world — having to work multiple low-wage jobs that do not allow for pandemic precautions like social distancing and frequent hand-washing.

“This crisis has made us more and more individualistic,” Vamvakas notes at the end. “What we need is to work on solidarity and bridging the divides of identity politics that are sort of engineered to divide rather than to unify. So I think we have to restructure some of our language and our conversation.”

“What we the chance to do here in this moment is to incorporate civic engagement into the social fabric, to give folks a way to build power whether that’s through supporting elected officials, or mobilizing around Election Day,” Pavria-Sanchez concludes. “Folks have woken up!”

BRAVER ANGELS is a nonpartisan grassroots organization to bridge the growing political and ideological divide between Democrats and Republicans through open conversations to repair America’s social fabric.

BREAKTHROUGH is a global human rights organization based in the U.S. and India, and uses potent mix of media, arts, and technology to dismantle cultural norms that lead to violence and discrimination.

EMMANUEL COLLEGE is a Catholic liberal arts & sciences institution in Boston, rooted in social justice and empowering young women through education since 1919.

KPS STRATEGIES is an organization with big picture visionaries and nuts-and-bolts fixers that’s bringing a justice and equity lens to creating and getting challenging programs and policies off the ground.

Why We’re Polarized By Ezra Klein

Winners Take All: The Elite Charade of Changing the World by Anand Giridharadas

Breaking the Two-Party Doom Loop: The Case for Multiparty Democracy in America by Lee Drutman

Strangers in Their Own Land by Arlie Russell Hochschild 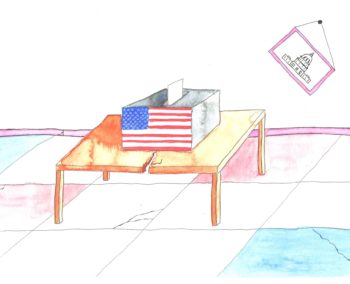 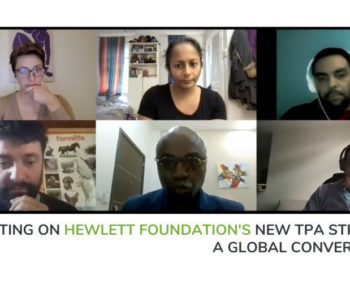 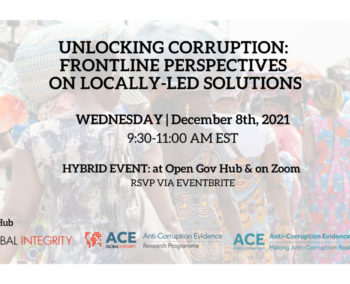