Deepening the OGP while Navigating Political Transitions in the Philippines 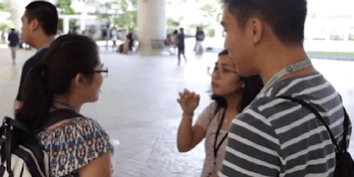 The Philippines was one of the eight founding member countries of the OGP, and made great progress in the implementation of its first two NAPs between 2011 and 2016. Insightful interventions by governance organisations and the appointment of key officials supportive of citizen participation at both national and subnational levels contributed towards a positive climate for the advancement of broader stakeholder ownership of the OGP, and the implementation of impactful commitments.

However, confidence that these high levels of government support for the OGP would continue after the election of Rodrigo Duterte in May 2016 was dampened when Department of Budget and Management Secretary Butch Abad, an enthusiastic champion of OGP, was replaced with one of his most vocal critics,.

INCITEGov, a Philippine policy research and advocacy center that has spearheaded the OGP process in the country, was an active member of Global Integrity’s Learning to Make All Voices Count (L-MAVC) Program. In collaboration with ANSA-EAP, the Affiliated Network for Social Accountability in East Asia and the Pacific, and ULAP, the Union of Local Authorities of the Philippines, INCITEGov worked strenuously to secure civil society’s voice in the shaping of the 4th NAP, which was eventually launched in August 2017.

The Philippine open governance community feared that the new administration would discontinue many of the previous government’s initiatives, including the Bottom-Up Budgeting program, and even the OGP itself.

Global Integrity worked with InciteGov, ANSA-EAP, and ULAP to develop and implement a learning-centered, adaptive approach to maintaining, and even strengthening, the Philippines’ engagement with the OGP after the 2016 elections. The strategy and learning support provided gave local partners the confidence to abandon, without regret, ideas that were simply not working. For example, a proposal that voting for priority projects in a participatory budgeting initiative be done via SMS was called off due to weak SMS signals in some areas, while planned use of crowdsourcing and public consultation was abandoned because not all civil society organisations and citizens targeted were able to access or use the Internet.

At the same time, the strategy and learning support helped partners to regularly, iteratively reframe their assumptions. In this case, it became evident that the political transition required them, quite simply, to adjust how they engaged with government.These intrepid open government activists decided to identify key government stakeholders, map out incentives, and then work towards leveraging coalitions to shape those incentives. By making the political personal, they were able to generate opportunities for debate that were instrumental in galvanising the realisation that open government, building on the already considerable achievements of the OGP in the Philippines, represented a win-win situation for all.

While data and technology constitute a crucial component of many open governance interventions, they are not always equally appropriate, and Global Integrity’s Strategy & Learning services helped our Philippine partners strategize, track progress, and make timely course corrections, in order to keep the country a strong member of the OGP.

In addition to the bilateral support provided, Philippine partners also found value in the in-depth face-to-face learning opportunities that were part of the L-MAVC program. L-MAVC quarterly workshops, in which partners in the Philippines were able to meet, speak with, and build relationships with activists from across the world, were deeply productive. Structured face-to-face learning exchanges helped unlock solutions and reframe situations based on varied experiences of similar problems in different contexts.

Collegial collaboration of this kind can produce amazing results, imbuing participants with new-found energy and confidence that comes from learning that their local problems are not unique and that solutions to global concerns are often found in the tightly focused spaces of microcosmic interaction.

Securing the support of President Rodrigo Duterte’s administration, for OGP, despite initial misgivings, was a major achievement.

While there are many activists and lobbyists who deserve praise for their role in ensuring continued government support for the OGP in the Philippines, one of the most important players in this saga was not a person, but a principle: Adaptive Learning. According to an L-MVAC case story by INCITEGov and ANSA-EAP’s Patrick Lim and Gladys Selosa: [Global Integrity’s] Adaptive Learning approach gave us space to ask whether activities in the original project design were still strategic, and whether they would contribute to the intended project outcomes – especially in the face of contingencies and changing political realities.’