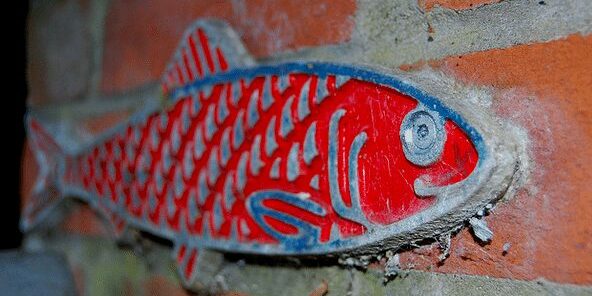 For those working to promote greater public and private sector transparency and accountability, 2013 has been an exciting year, in large part because of the commitment in recent months to open up corporate registries around the world. At the G8 summit earlier this summer, a number of governments pledged to collect information about who really owns companies rather than allow shell companies to persist in the world’s major economies. Anonymous shell companies are dangerous lubricants in the global financial system that facilitate money laundering, tax evasion, terrorist financing, and a host of other illegal activities. Knowing who really owns and controls a company – understanding true “beneficial ownership” — is an important step forward for the open government agenda.

Worryingly, there are signs that the U.S. Congress and the Obama Administration may be reluctant to make that incredibly valuable data publicly available beyond government regulators and investigators. This would be a shortsighted mistake that misses the forest for the trees.

While beneficial ownership data will indeed prove powerful to investigators tracking down tax evaders and drug runners, the spillover effects will be far greater if other companies, journalists, engaged citizens, and other watchdogs benefit from equal access to that critical piece of the puzzle. Imagine being able to finally determine whether Government Contractor X is skirting campaign finance laws by funneling illegal campaign contributions through bogus shell companies, or if local tenders in a municipality are being consistently awarded to firms with connections to members of the city council. The new data would be a windfall to open data developers and civic activists, leading to new apps and services built on top of the public information that create income and jobs. Public access to beneficial ownership data would accelerate a range of transparency and competitiveness reform efforts across the country and globally.

One argument being trotted out to justify keeping this vital information under lock and key (available to government regulators only) is privacy. Beneficial ownership information, goes the argument, may prove embarrassing to some. Why should the public know that I like to invest on the side in startup companies, or that I’ve taken a significant financial interest in competing companies? Let the regulators focus on the bad guys, and leave sleeping dogs lie, argue the critics of public access.

The privacy argument is a red herring. Are there privacy issues at play with beneficial ownership? Of course. Do they outweigh the vast upside to making the data publicly available? Not even close.

Consider real estate transaction records in the United States (and many other countries). You can stop by your local courthouse or registrar of deeds (often online these days) and search exactly how much I paid for my house and sold my condominium for when my family and I moved several years ago. You can often trace real estate transactions back for generations, all chock full of financial details, addresses, and real people. Somehow the disclosure of this sensitive information hasn’t yet triggered a privacy fiasco. In fact, seamless public access to the information has proved indispensable to the functioning of a major part of the real economy. Public access to these records is so crucial that many registrars of deeds in the United States are publicly elected officials and have included historical luminaries such as Frederick Douglass (Washington, DC) and contemporary politicos like Carol Moseley Braun (Cook County, Illinois).

Legislation recently introduced in the US Senate to require the 50 states to collect beneficial ownership information is neutral on the public access issue. This reflects two harsh political realities: 1) people and firms that currently benefit from shell companies to avoid taxes and liability have little incentive support public access to beneficial ownership data, and 2) Joe Biden is Vice President, Harry Reid is the leader of the Senate, and the popular and powerful Senator Tom Carper is a staunch opponent of legislation to fix the anonymous shell company problem. The states from which they hail, Delaware and Nevada, are two of the country’s most notorious havens for shell companies and corporate secrecy.

Making the case for public access to beneficial ownership information isn’t difficult. Any privacy concerns are vastly outweighed by the public benefit of putting such information in the public domain. In the United Kingdom, a coalition of civil society organizations is now publicly calling on the UK government to do just that. What it comes down to now in the US is political leadership and a willingness to do what’s right rather than settling for political expediency.