Governance and the Post-2015 development framework: a civil society proposal 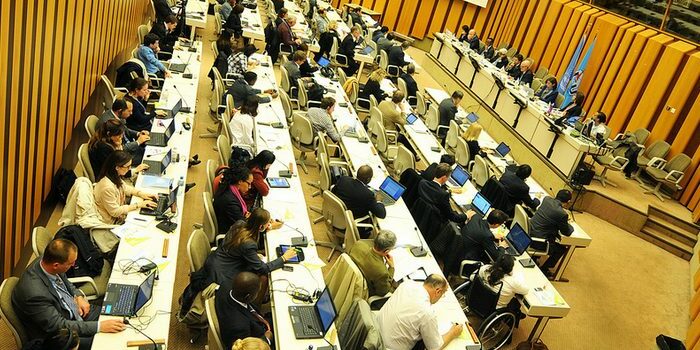 The following is a proposal from 50 civil society organizations, including Global Integrity, that was coordinated by the Transparency and Accountability Initiative. We have posted the original document here for convenience.

Open, inclusive, accountable and effective governance needs to be at the heart of the United Nations’ Post-2015 framework, as a stand-alone goal and an integral part of other goals, if the framework is to win legitimacy from citizens and maximise its effects on poverty and sustainable development.

The UN General Assembly has affirmed that the Post-2015 framework should promote democratic governance and expert inputs have underlined the critical importance of governance, as did the Millennium Declaration in 2000. The UN’s MyWorld survey of more than a million people in 194 countries has found “an honest and responsive government” to be one of citizens’ top four priorities, a theme which often recurs in consultations with people around the world.

As the UN Secretary-General has noted, governance is both an outcome and an enabler of development. Countries with more bribery make less progress in areas like maternal mortality and child education, for example, while small gains in governance could have big effects on these areas. So the framework needs to promote openness, accountability and effective public institutions, build trust between states and citizens and curb corruption and waste. These issues go hand in hand with promotion of the rule of law and access to justice, the promotion of peaceful societies and the addressing of inequality.

The question is how to integrate governance into the framework in a way which balances national diversity with global comparability, extends from governments to international bodies and private corporations and builds on existing human rights laws and norms. We believe the framework needs to:

These five aims should become global targets which are included in a stand-alone Post-2015 goal on “ensuring open, inclusive, accountable and effective governance” and integrated into other goals. There also need to be mechanisms for reporting on, and ensuring accountability for, the attainment of all Post-2015 goals (including a goal on governance) at the global, regional and national levels.

A stand-alone governance goal is needed to address serious obstacles to development which are structural and transnational and so cannot be addressed by sectoral goals (on health or education, for example). One such obstacle is corruption, which is said to cost the European Union as much as 120 billion euros a year. Another is unrecorded illicit financial flows, which are estimated to have drained more than a trillion dollars from Africa since 1980. It has been calculated that retaining this capital within the continent might enable it to meet its MDG targets on child mortality 13 years earlier on average.

The selection, implementation and evaluation of national actions to meet global goals should happen at national level, in ways which actively involve all stakeholders (especially the poor and other marginalised groups) and within global parameters which ensure rigour and comparability between countries. In the table overleaf, we suggest a global minimum for each governance target. As a contribution to debate, we suggest ideas for indicators which might be used to evaluate progress beyond this global minimum.

We look forward to working with the United Nations and its Member States on these vital questions.