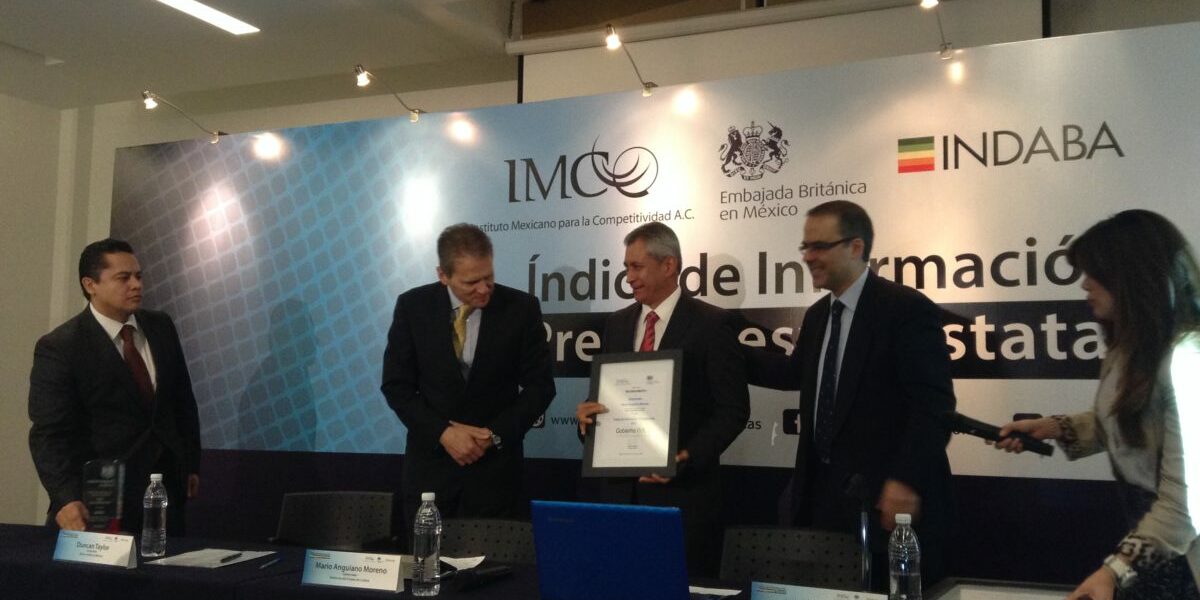 For nearly the last year and a half, the Mexican Institute for Competitiveness (IMCO) has been using Global Integrity’s web-based research software, INDABA, to compile information and specific data points for their 2012 and 2013 Mexican state and municipal Budget Information Indices. As of today, they are preparing to launch their 2014 research process.

Upon legislative changes to the deadline for local reforms in transparency and accountability, IMCO recently adapted their research strategy. Because municipalities in Mexico now have until this year – an extension from the original deadline – to carry out their reforms, and because states had already exceeded its deadline (December 2013), IMCO will have stricter parameters for collecting information in their upcoming 2014 research work. As their research accommodates legislative changes and faces potential expansion to more municipalities and states, IMCO continues to use INDABA to capture and review data in real time.

As part of INDABA’s ability to allow for real-time data collection and review, IMCO has trained Mexican government officials to directly add their expenditure and revenue budget information into INDABA. To prepare for the 2013 Index, IMCO co-hosted a working table with the British Embassy in Mexico during which they offered INDABA training to 37 government officials from 6 states and 11 municipalities. In a recent conversation with Diego Díaz, a researcher at IMCO, he stated that, “this year we may work with few more municipalities and states. There has been a good response from government officials who have used INDABA for the first time. ”

IMCO is undertaking very important projects to further government accountability and information access. In doing so, their adoption of cutting edge online platforms has reeled in enthusiasm at the municipal and state level and even garnered recognition from the World Bank, Mexico’s Federal Institute for Access to Information and Data Protection (IFAI), as well as other public agencies. Last year, one of IMCO’s projects: “Citizens Access to Information of Public Finance of States and Municipalities” received the Award for Innovation in Transparency to Improve Institutional Management. “This project involved the development of a website that discloses the results of the Budget Information Indices developed over the past five years as well as statistics on the situation of the revenues and expenditures of Mexican states and municipalities,” Diego explained.

All of this work has directly tied into the overall research conducted by IMCO’s Public Finance team to better inform budget transparency in Mexico by working with government and civil society. We are glad the INDABA platform can help IMCO advance their initiatives and look forward to seeing their groundbreaking reports later this year.

Special thanks to the William and Flora Hewlett Foundation for supporting IMCO’s work on the INDABA platform.