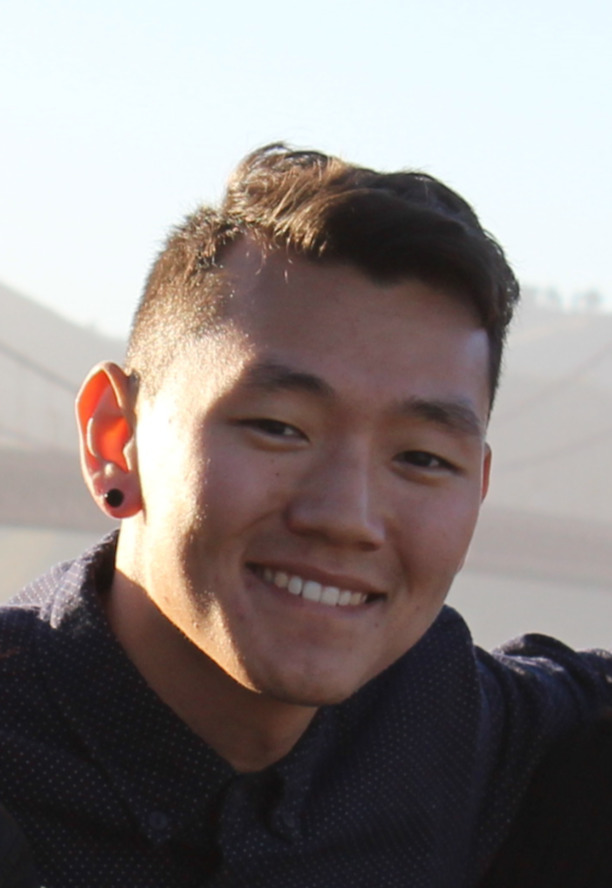 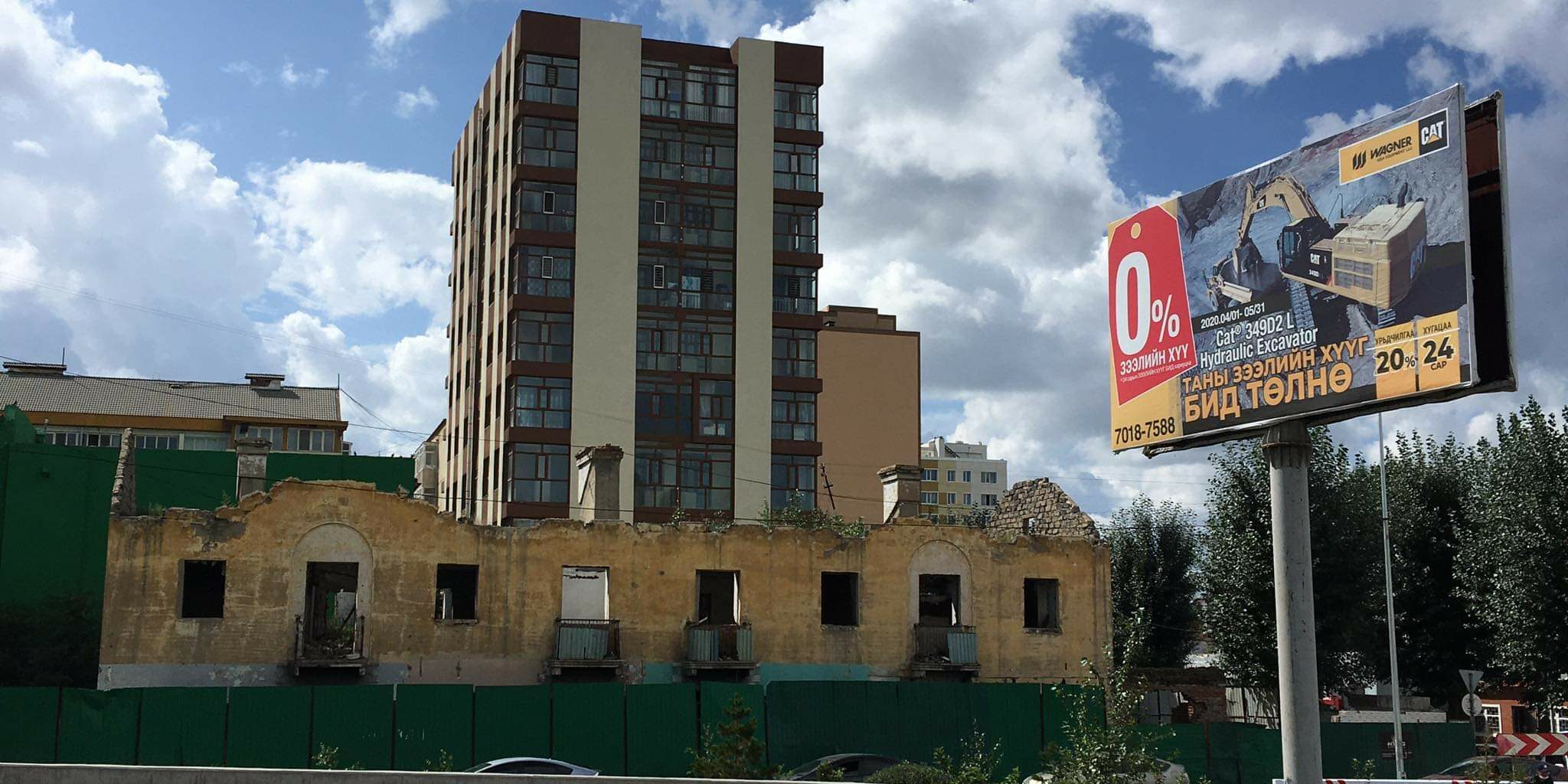 The world has entered its ninth month of combatting COVID-19, with all the mourning and pain left in its wake. It is now clear with hindsight that the safest strategy against the pandemic is not just rapid response to first contact, but initial prevention at a robust scale. In the central Asian country of Mongolia, the government’s aim was exactly that, to keep its population as free from the virus as long as possible, and public officials seem to have pursued that goal by any means necessary.

The strategy has worked. COVID-19 stretched its reach to the other side of the world before entering China’s northern neighbor in March. As of early September, Mongolia has recorded just 310 cases, all from incoming travelers, and zero recorded deaths. Mongolia’s sustained success boils down to two main actions: strict border closures and hypervigilant contact tracing, carried out through a high degree of public cohesion. The government’s early and proper identification of the situation led to early action at breakneck speed in January, which has paid off in preventing widespread outbreaks of coronavirus, blunted by a sealed border, mandatory wearing of face masks outside the home, compulsory virtual learning, and major transportation routes closed during periods when there is usually a lot of travel. Playing these cards has prevented Mongolia having to fold into a total lockdown.

As a Mongolian-American immigrant watching from afar, it’s a relief to know my extended family has been kept safe from illness. While neighboring countries implemented such changes after they first reported domestic cases, Mongolia—fearing the worst of a new pathogen penetrating dense households in both its cold cities and countryside—acted in careful anticipation of them, taking its first actions days before the World Health Organization declared COVID-19 a “Public Health Emergency of International Concern” on January 30. For eight weeks Mongolia remained virus-free, until March 9th, when officials announced a foreign national had travelled to Mongolia and unknowingly carried the virus. Closures on commerce and transportation immediately followed. Contact tracing identified and required testing for 207 people, whose results were all fortunately negative.

Mongolia’s health care system is relatively well-equipped to treat a pandemic. It holds, in fact, more doctors per capita than the United States, and more ICU beds per capita than all but three countries. Hospital units remain operational in a 24-hour emergency mode to stay vigilant against any sudden new cases and hospitalizations. Anyone who tests positive or was in contact with people who have tested positive are required to undergo hospitalization. Anyone who comes into the country receives testing upon entry and must quarantine for 21 days. 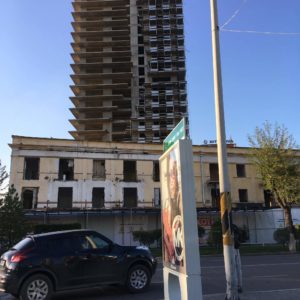 Where possible, the Mongolian government has taken steps to alleviate the pain points that inevitably accompany such significant changes. Public television channels facilitate distance learning for students, mitigating some of the technological inequalities that exacerbate education gaps in the home. People have also decried the economic toll of closing down streets during major holidays and events that bring tourist dollars to small businesses, but new assistance programs have offered ample relief. Exports, on which Mongolia’s national economy relies, have shrunk, and mounting debt, already a great concern before the virus, poses frightening questions for the country’s future. But this is an accepted price for both the government and the public for protection against mass illness, as any serious outbreak could result in a longer, more deleterious economic crisis. In the time of coronavirus in Mongolia, politics moves through, and not against, the utilitarian interest of public health.

“The Mongolian public has praised the authorities with how they have dealt with the pandemic during the difficult times,” says Tselmuun, a resident and native of Ulaanbaatar. “The public has also looked favorably upon the government’s provision of social welfare money to those affected by the pandemic as well as on the tax abatement for most companies until the end of 2020.” Such measures have allowed the Mongolian government to make its pandemic response something of a rallying point for the country, which for the most part has combined national action with public cooperation. Through a “one-window policy” that authorizes the State Emergency Commission (SEC) as the sole provider of health communications, public television channels disperse information every morning at 11am, with broadcasters wearing public masks providing the latest updates. Billboards and other advertising spaces around the city have also carried the torch of SEC communication, reminding people to wear masks and socially distance. Text message alerts and abundant street pamphlets further connect people to information and resources.

Like everything else the coronavirus has penetrated, Mongolia’s handling has not come without drawbacks and imperfections. Food charges in hospital stays can be pricey for some, and some public officials have been admonished for ignoring their own protocols for mask wearing and social distancing. “The only area that has received high criticism,” Tselmuun remarked, “was the insufficient bringing of the Mongolian citizens back home from foreign countries. Many Mongolians are stuck overseas, some lacking money, accommodation and legal status to be where they currently are.” More than 8,000 students, tourists, and other international travelers have so far returned, but an equal number remain anxiously displaced. Commissioned flights prioritize children and elderly, but with 900 seats available per month, thousands remain without a clear timetable for return, quickly depleting their resources, and unable to reunite with children and families. The situation is painful. To protect morale and mitigate all human suffering, Mongolia will need to find a way to deliver solutions to those in urgent need while continuing to contain the virus as tightly as possible, a balancing act that has thus far proved delicate.

Despite these difficulties, Mongolia, a country receiving USAID and IMF aid and rarely seen as a leader on the world stage, has demonstrated a near-textbook example of effective public health.

The kind of woes from the political hand-wringing that is the U.S. government’s coronavirus response are simply nonexistent. Few quarrels exist between federal and provincial governments that would stagnate and fragment tangible health measures, nor do any false dichotomies between saving lives and saving the economy contaminate discourse. Mongolia has synchronized its governing capacities to forge a bulwark against the pandemic, and while requisite restrictions are creating its own quandaries, Mongolia has paved a palpably less difficult road for itself than other virus-stricken countries suffering not as a result of insurmountable natural disaster but fractured, incompetent leadership.

The objective in a pandemic should be to prevent as many illnesses and deaths as possible, which Mongolia has done. The country’s success deserves admiration in a world in which simple categories of developed/developing countries, or first/second/third-world nations, inflate the victories of some while deflating those of others. Other countries would gain from taking notes and replicating the actions of a country that has (so far) saved every one of its citizens from COVID-related, premature death.