Blackwater in Iraq: Poor oversight sets the stage for deadly abuse of power

WASHINGTON: On September 17, 2007, in western Baghdad, private contractors hired to protect a convoy of U.S. State Department officials opened fire on nearby cars. When the smoke cleared, the Iraqi government reported that 17 civilians were dead and demanded that their American employer, Blackwater USA, leave Iraq. Subsequent investigations by Congress describe a pattern of excessive force by Blackwater guards abetted by lax oversight by the State Department.

“There is no evidence… that the State Department sought to restrain Blackwater’s actions, raised concerns about the number of shooting incidents involving Blackwater or the company’s high rate of shooting first,” wrote Democrats on the House Committee on Oversight and Government Reform (.PDF of report).

More fundamentally, no one is quite sure what the U.S. has been receiving for the billions it spends on more than 25,000 private security contractors in Iraq. Data on U.S. procurement in the 2006 Global Integrity Report suggest that these problems are rooted in a failure to enforce the rigorous procurement laws the United States has on the books. Despite a large federal bureaucracy and vast technological resources dedicated to streamlining public procurement, conflicts-of-interest continue to undermine the U.S. government’s ability to detect fraud and abuses.

Non-competitive bidding in U.S. public procurement has exploded in the first half of this decade, with the value of such contracts growing from US$67 billion in fiscal year 2000 to US$145 billion in fiscal year 2005. Perhaps nowhere has the trend towards privatizing government crystallized more clearly than in matters of national security, where one finds closed bidding procedures, backroom deals, and the habit of high-ranking procurement officials passing through the “revolving door” to work for large government contractors after retirement.

A good example of this, as reported in the New York Times, is the long-standing sweetheart deals between the Air Force and Boeing, which won a lucrative contract from the Air Force last November to supply search-and-rescue helicopters. The contract is being contested by Boeing rivals Lockheed and Sikorsky on the grounds of unfair competition and conflict-of-interest.

The Blackwater debacle is, thus, only the latest in a string of controversies related to the allotment of contracts to private actors with close connections to government. Data from the 2006 Global Integrity Report suggest systemic problems in the U.S. procurement process. Even though the U.S. earned a “Very Strong” rating in procurement – in large part due to robust legal measures on the books – it scored less well in the enforcement of penalties for major violations and of conflicts-of-interest regulations amongst bidders. On occasion, these procurement violations have involved the “complicity (or at least acquiescence) of federal officials” as well, according to Global Integrity data.

The Project on Government Oversight, the country’s leading non-government watchdog tracking the federal procurement process, notes that “as of September 2007, the top 50 federal government contractors […] have since 1995 paid civil, criminal, and administrative fines, penalties, restitution, and settlements totaling almost US$13 billion. This amount is somewhat understated, as many cases involve confidential out-of-court settlements, or penalties that were anonymously split between two or more companies.” When put in context, the U.S. ranks alongside countries such as Armenia, the Democratic Republic of Congo, Georgia, Guatemala, Sudan, and Tajikistan in earning low scores when it comes to enforcing procurement regulations.

If the U.S. is serious about enacting substantive governance reform to ensure that incidents like Blackwater are to be avoided in the future, it might do well to strengthen the enforcement of oversight and accountability measures in public procurement, where the boundaries between public and private interests have dissolved with increasing speed during the past decade.

Center for Public Integrity (Windfalls of War: US Contractors in Afghanistan and Iraq)

Scott Lilly. A Return to Competitive Contracting: Congress Needs to Clean Up the Procurement Process Mess, Center for American Progress, May 2007

Paul R. Verkuil. Outsourcing Sovereignty: Why Privatization of Government Functions Threatens Democracy and What We Can Do about It (Cambridge: Cambridge University Press, 2007) [amazon.com]

One comment on “Blackwater in Iraq: Poor oversight sets the stage for deadly abuse of power” 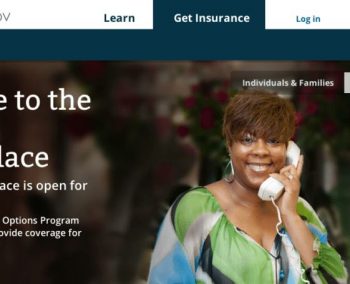 An Anti-Corruption Take on the Healthcare.gov Procurement Debacle 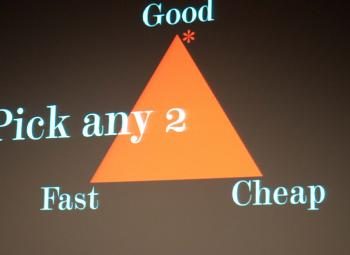