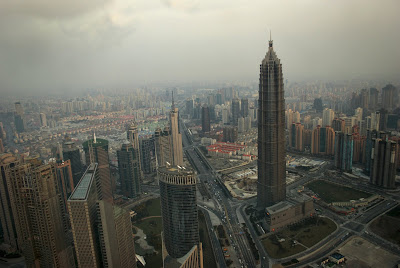 China Up Close {Part One of Three}
Read part two: The details.
Read part three: Our conclusions.
Based on data from the Global Integrity Report: China

No foreign country holds more of its currency reserves in dollars and dollar-denominated financial instruments, such as U.S. Treasury bonds, than China. The country is the destination for massive and increasing investment by U.S.-based companies. China’s sovereign investment funds are becoming an important investor in U.S. companies and private financial institutions. Recent toy- and food-safety scares have cast an ominous cloud over U.S. dependence on China as a major source of imported goods. In short, the stakes associated with the U.S.’ economic relationship with China are huge and growing.

The stability and security of these financial, investment and trade relationships with China will depend heavily on the extent to which China is able to put in place safeguards that ensure government transparency and accountability; prevention of dangerous decisions driven by corruption and skewed by excessive government authority; and the protection of citizens, including journalists and whistleblowers, from government abuse.

The primary finding of the assessment is that critical anti-corruption safeguards are not well-established in China. Overall, the analysis found troubling, across-the-board weaknesses in: government transparency; government accountability; anti-corruption mechanisms; and methods to check excessive government authority and protect citizens against government abuse. This lack of safeguards, in turn, creates a social and economic environment that produces increased risks for the U.S. financial system, U.S. investors, and U.S. consumers of products made in China.