China: How long can this party last? 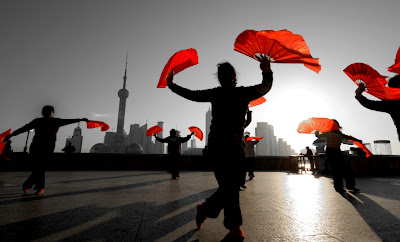 China Up Close {Part Three of Three}
Read part one.
Read part two.
Based on data from the Global Integrity Report: China.

The lack of checks and balances and transparency measures can undermine predictability for investors in otherwise risky markets. With the fox (the Communist Party) guarding the hen house, the prospects for curbing corruption in China are not promising.

On the Structural Limitations of China’s Anti-Corruption Agency:

The most powerful anti-corruption organization in China is the Central Disciplinary Inspection Commission (CDIC) of the [Community Party], not any department of the government. “How can such a system work when a branch of the most corrupt party is in charge of anti-corruption?” said Yang Ping, a college administrator. – Global Integrity Report: 2007, “China: Reporter’s Notebook”

The corruption risks faced by Western regulators and firms will likely increase as Chinese sovereign investment funds continue to invest billions in overseas markets, including in Western banks and large private equity funds, despite poor checks and balances in China.

In 2007, the China Investment Corporation took a major stake of the Blackstone Group, one of the hottest private equity firms that went public last year, as well as in U.S. investment bank Morgan Stanley. At the heart of the problem is the fundamental lack of transparency into those same state-owned enterprises in China. As the influence of Chinese sovereign funds in U.S. and Western markets grows, U.S. regulators’ ability to effectively keep up may diminish.

As the Global Integrity Report: 2007 makes clear, transparency into state-owned enterprises is lacking in China: “The financial records of state-owned enterprises are only reported to a very few government agencies. The public has no access, except for the basic requirements for publicly listed firms.” As the influence of Chinese sovereign funds in U.S. and Western markets grows, regulators’ ability to effectively keep up may diminish.

As China continues to attract massive inflows of foreign capital, the question for investors is how long they can continue to operate efficiently in a market where political connections and party patronage play such a prominent role in controlling the key anti-corruption mechanisms.

The question is not whether money can be made in China, but rather who is making that money based on what connections – and who gets left holding the bag when deals go bad.