How the Middle East lost its Internet 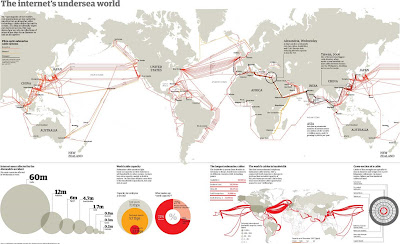 UPDATE: The Egyptian government now says that no ships were present over the fiber-optic cables when they were cut near Alexandria. The actual cause of the cable failures is unclear. Unlike the conveniently timed “failure” of an undersea cable that severed Burma’s connection to the outside world during pro-democracy protests last year, there’s no obvious political incentive for this cable failure.