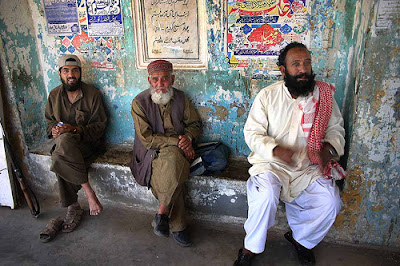 Regarding the military in Pakistan, a Global Integrity contributor writes: “…the power of the military has transformed Pakistani society, in which the armed forces have become an independent class, entrenched in the corporate sector, thus, controlling major assets of Pakistan. The military has a strong control over the financial institutions of Pakistan and therefore takes most of Pakistan’s national budget and enjoy luxuries by spending national resources.”

But there is resistance to this power, in the form of a judiciary that is fighting for the rule of law and the constitution. In this article, Global Integrity looks into the expansion of military rule in Pakistan, and the forces that work to counter it.

Pakistan has been under military rule ever since General Pervez Musharraf ousted previous Prime Minister Nawaz Sharif in October of 1999. In the years following the coup, which Musharraf often justified by promising to clean up the corruption of the former regime, Musharraf named himself President while remaining head of the army and granted himself new powers including the right to dismiss an elected parliament. Most recently, in March 2007, Musharraf suspended Supreme Court Chief Justice Iftikhar Mohammed Chaudry for challenging corruption within the government.

Pakistan is of key interest to the United States because of its geographical proximity to Afghanistan and Pakistan’s history of battling radical Islamic extremists within its own borders. The United States Senate recently approved an aid package to Pakistan worth $785 million, $300 million of which was earmarked for counter terrorism security assistance. Since the 9/11 terrorist attacks Pakistan has become one of the largest recipients of U.S. military aid.

The primary finding of the assessment is that while executive and legislative accountability are weak in Pakistan, the judiciary has remained independent from the government and is effective in upholding the rule of law. Media, Law Enforcement and the Civil Service, however, are rated as “Weak” and “Very Weak.”

The detailed findings of the study that are described immediately below and are depicted in the graphic that follows reflect the ratings given to Pakistan on 23 categories of good governance, government accountability and anti-corruption indicators. Those categories comprise more than 300 specific questions scored by our in-country team.

The detailed findings, which led to previous conclusions about the weakness of executive and legislative accountability along with media and law enforcement, are presented below.

>> 12 out of 23 (or 52%) of the government accountability and anti-corruption sub categories for Pakistan earned “Weak” or “Very Weak” ratings. The country earned “Strong” or “Very Strong” ratings for just 3 of the 23 categories assessed (13%) compared to an international average of 31%.

>> Of the 55 countries assessed in the Global Integrity Report: 2007, Pakistan had the fourth largest gap between having anti-corruption laws on the books and actual implementation. This points towards a lack of political will and leadership in enforcing existing anti-corruption safeguards.

>> Judicial Accountability was assessed as “Moderate” and reflected the judiciary’s efforts to stand up for constitutionalism when the military attempted to control its functioning and decisions.

>> The military’s lack of tolerance for dissent earned Pakistan a ”Weak” rating for Media in the Global Integrity Index: 2007. Musharraf’s suspension of Chief Justice Chaudhry, in March 2007, triggered a wave of protests that were broadcasted on television, the internet and mobile phones along with critical assessments of the current government. In response, Musharraf deepened existing controls over media to “… prohibit the broadcast of programs ‘against the armed forces’ ” (Global Integrity Report: Pakistan 2007: Timeline).

>> The Global Integrity Report: 2007 assesses Pakistani law enforcement agencies as highly ineffective. Law enforcement agency appointments are not made according to professional criteria and are subject to political interference leading to a “Very Weak” rating.

>> Pakistan earns a “Very Weak” rating for civil service regulations because of its complete lack of regulations governing gifts and hospitality to civil servants (tying Pakistan with its poorer neighbors Nepal and Bangladesh).

According to Global Integrity’s rating of Pakistan’s institutions and accountability mechanisms previous analyses have concluded that the Pakistan’s governance problems lie mainly in weak civil service, executive and legislative accountability along with poor law enforcement and weak media.

Pakistan’s chances of putting into place effective anti-corruption mechanisms now rests on the country’s ability to rid itself of military rule. Successful and clean elections, should they occur, are necessary but insufficient to ensure long-term governance reform, since Pakistan suffered from poor governance even when it was a democratic state prior to Musharraf’s coup.

Lifting restraints on media, guaranteeing judicial independence from the executive branch, and permitting freedom of association can, however, prove to be important initial steps towards a more effective anti-corruption system in Pakistan.