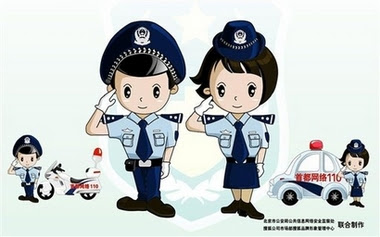 Using data from the Global Integrity Index, we put a U.S. court’s recent order to block access to anti-corruption site Wikileaks.org into context. In summary: The Wikileaks.org shutdown is unheard of in the West, and has only been seen in a handful of the most repressive regimes. Good thing it doesn’t work very well.

Starting in 2007, Global Integrity added specific questions about Internet censorship to the Integrity Indicators, which are a set of 304 questions addressing the practice of anti-corruption in national governments. We have always held that a free and critical media is an essential component of good governance; adding an analysis of Internet censorship was an overdue refinement.

We asked our local research teams to investigate two questions:

The results of this work are generally encouraging. In examining a diverse group of 50 countries, a majority earn a full score on both counts. Freedom of speech is a widely held right. Moreover, Internet censorship is difficult and is often ineffective in suppressing political activity. Most governments, aside from targeted libel restrictions, don’t bother regulating online political speech at all.

The Many Flavors of Internet Censorship

A few countries, however, are deeply committed to trying to make censorship work. On this list in 2007 are Algeria, China, Egypt, Kazakhstan, Russia and Thailand. Each has it’s own flavor to the repression of online speech — Internet censorship is still in an experimentation phase, and even the most aggressive approaches don’t seem to work very well.

So how does the United States fit into this picture?

The court order that muzzled Wikileaks.org (covered here) was prompted not by the government but by a bank registered in the Cayman Islands. The bank used American courts and a compliant domain registrar to scrub the wikileaks.org URL from the Internet. It is extremely unlikely that this decision will stand up in an appeals court, but the larger point is that there is no reason this case should even be fought. Wikileaks should not need a legal team to explain to the courts that the First Amendment requires freedom of speech.

The whole event seems to encapsulate the constant criticism of governance in the United States: that the government has been captured by corporate interests, and that the world-leading rule of law and technocratic mechanisms in place can be hijacked to serve as tools for narrow, wealthy interests.

So Wikileaks.org went offline, but Wikileaks mirror sites hosted overseas hold the same content, and the original site is still up and running from Sweden (http://88.80.13.160) without its easier-to-type URL. As it turns out, shutting down Wikileaks-the-website has focused our attention on Wikileaks-the-idea, which is spreading at the speed of light.