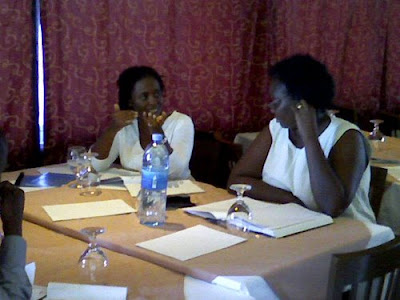 In collaboration with the Partnership for Transparency Fund, Global Integrity held a Dialogue workshop in Dar es Salaam, Tanzania yesterday. We had an excellent turnout with more than a dozen NGO and government respresentatives participating. The group flagged a number of key issues — notably poor access to government information — as priorities for follow-up advocacy and potential funding support from PTF. Formal details summarizing the workshop will follow at our new Dialogues page, which houses the results of these in-country stakeholder discussions. We are very happy with the results of the initial Dialogue events and hope to continue building on them.

I had a reality check moment last night after the workshop ended. I stayed up late in the hotel bar with what seemed like 500 other soccer fans to watch the Champions League final between Manchester United and Chelsea (which Man United eventually won on penalty kicks, keeping me up until 2:00 a.m. local time). At the end of the first half, emotions were running high in the room following Lampard’s equalizer that brought Chelsea back to even terms when…the entire city block’s power went out for about two minutes. No bad weather, no storms, nothing else to explain it…except the rampant inefficiency and corruption in the Tanzanian power sector that continues to plague the country. Our colleague Sebastian Sanga’s 2007 Reporter’s Notebook for Tanzania examines the power crisis at length.

More pictures from the event.