Thai Democracy: Unclear on the Concept 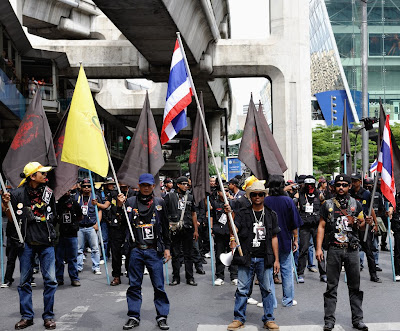 Anti-government protesters threaten to shut down Thai utilities and transportation in an effort to head off the ruling party’s electoral success. As tensions escalate, irony looms large.

Despite its name, the People’s Alliance for Democracy, leading the anti-government protests, is explicitly calling for a less democratic structure.

“We used to chant the mantra of elections all the time,” Sondhi Limthongkul, one of the protest leaders, said in an interview Thursday. “Now elections in Thailand lead to a very shabby democracy.”

In a political environment where vote-buying is chronic, the People’s Alliance has proposed a Parliament that would be dominated by appointed rather than elected representatives.