NYC Mayor Michael Bloomberg leverages his charitable support for local nonprofits to rally support for a bill allowing him a third term in office. Bloomberg is drawing sharp criticism from city officials. 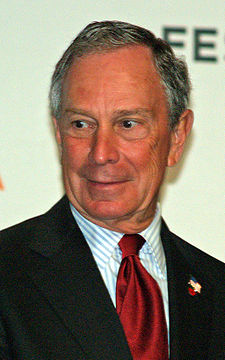 Bloomberg’s staff has approached dozens of nonprofits to testify on the mayor’s behalf, and last week the Doe Fund, the Harlem Children’s Zone, the Public Art Fund, the Alliance of Resident Theaters and the St. Nicholas Neighborhood Preservation Corporation all publicly spoke to Bloomberg’s high quality of leadership. Meanwhile, New York City’s comptroller, William C. Thompson Jr., called the lobbying by Bloomberg’s staff members an “abuse of power” which borders on “coercion” and called for its immediate end. “It is an abuse of power, and it must stop,” he said.

Bloomberg’s soliciting blurs the line between charitable giving and his political career and places the local nonprofits in a bind. How can they deny one of their top financial supporters this favor without risking losing funding from the billionaire mayor?