The Future of The Anti-Corruption Movement 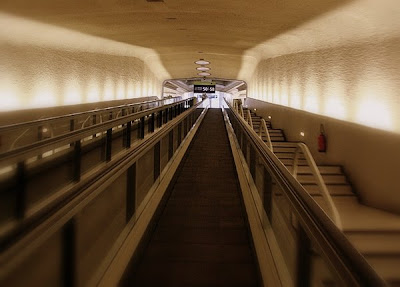 Global Integrity’s managing director reflects on Dr. Daniel Kaufmann’s retirement and call to action on issues of state capture and grand corruption. In short: we enthusiastically agree that patronage networks, political financing and high level abuse of power are the most urgent governance challenges, but differ somewhat with Dani on how to usefully tackle the problem. Our approach: give local stakeholders the tools to reform from within.

In the past few days, I’ve received a number of requests for my thoughts on Dani Kaufmann’s retirement from the World Bank and move to the Brookings Institution. “What does this mean?” has been the most frequently asked question. I don’t have an answer to that question, but I will share some thoughts on where the governance measurement community, and the broader anti-corruption movement, might be headed.

Fair warning: this is uncharacteristically long.

The Legacy of Dr. Kaufmann

Until recently, Dani has served as director of global programs at the World Bank Institute and was co-author of the Worldwide Governance Indicators (short bio). I can’t say I know Dani personally but given the overlapping subject matter in Global Integrity’s work and his own, we know each other and have crossed paths many times over the years. Dani also served on one of Global Integrity’s methodological advisory committees in the early days of our development of the national-level Integrity Indicators.

It’s difficult to overstate the importance of the Worldwide Governance Indicators, along with Johann Lambsdorff’s Corruption Perceptions Index at Transparency International (TI). These early works have empowered civil society, aid donors, and reform-minded government officials to speak out against corruption in a way previously not possible. The ability to rank and index countries on “corruption” had a greater impact on the debate than I think Dani or TI could have ever imagined (even though we were really talking about aggregate perceptions of corruption). That legacy is tremendous and will likely grow over time.

I had the pleasure of attending Dani’s farewell lecture at the World Bank on International Anti-Corruption Day (December 9). You can find the webcast here – and I want to highlight two of Dani’s most important points and discuss where I see this field headed.

Are We at a Crisis Point?

The first point was that the anti-corruption/good governance movement is at a point of crisis largely because of its failure to address issues of political corruption, state capture, and money in politics. In other words, this is corruption called by other names (“influence peddling,” “patterns of patronage,” etc).

The second point was that the anti-corruption movement needs to focus seriously on corruption in the banking and finance sectors, in light of the current financial crisis.

I’ll take the second point first. Yes, I agree, greater emphasis should be paid to corruption in banking and finance. But I worry about the overreach that tends to accompany these crises. Is corruption a factor that led to the crisis? Yes. Is it the dominant one? No. A rush to embrace the crisis as a new raison d’être for the anti-corruption movement is likely to yield few tangible results, I fear.

A Rising Awareness of Grand Corruption

On the first point: I couldn’t agree more, and I was thrilled to hear the theme of state capture emphasized by a number of discussants on the podium with Dani. For years, Global Integrity has been trumpeting the need to get serious about money in politics, influence peddling, and good old fashioned political corruption.

During the past several months, we’ve rolled out our Global Integrity Dialogues workshops in several disparate countries around the world. In the process, I’ve come to appreciate the centrality of these issues even further – as well as grow increasingly anxious that further neglect will put so many countries even farther behind the eight-ball.

For example, when you step back and look at how party list systems operate to elect legislatures in countries as diverse as the Philippines, Tanzania, and Latvia, you realize there’s a disturbingly common thread – an embedded system of patronage that perpetuates itself over time.

The complete absence of regulation over political financing in far-flung countries such as Vanuatu and Timor-Leste leads to the same result regardless of geography – foreign government influence over national policymaking processes. Lax oversight of large state-owned enterprises predictably fuels massive conflicts of interests between senior officials and private sector interests, regardless of whether you’re standing in Berlin or Bangkok.

These are the toughest nuts to crack, and it was inspiring to hear some of the leading voices in the good governance community echo them, especially at the World Bank, which for mandate reasons has a difficult time engaging on these sensitive, political issues in developing countries. This brings us to where I believe I differ slightly from Dani’s approach on how best to tackle the problem.

To put it directly: I do not believe that multilateral or bilateral aid/development agencies should bother engaging, on the ground, on issues of political corruption or state capture. To my mind, the inherent conflicts of interest facing aid donors are insurmountable in this context. After all, foreign governments (and in practice, we’re really talking about the executive branch of government) are, quite literally, the “clients” of aid donors and development banks. How are donors supposed to confront their clients on issues of political corruption when it is all too often those same governments who are at the core of the problem? We’ve seen this movie before, and it rarely has a happy ending: half-hearted attempts, watered-down exceptions, and heads-turned-the-other-way for politically strategic countries. To put it another way: despite the very best intentions of the smartest folks in development banks and aid agencies, I feel the structural constraints to success are insurmountable. At worst, failed attempts to tackle these issues by the development banks and official aid community could provide ammunition for those searching for specious reasons to avoid the agenda altogether.

I think a better approach is for development banks and official aid donors to focus on research and case studies while leaving the operational side of this agenda – the hard-hitting advocacy and public policy formulation – to domestic stakeholders in each country. The Bank and others have a tremendous opportunity to support innovative research into the political-economy issues behind patronage and capture. Efforts to explore the dynamics of political leadership and what brings together coalitions of reformers would be amazingly impactful and could energize a field that hasn’t produced a truly new approach to these issues for arguably 15 years. But going further down the road into operationalizing those new findings should be left to local stakeholders, who are unencumbered by the very real constraints facing work done via official governmental channels.

It’s invigorating to hear a clear call for action on these issues. For many years, Global Integrity’s Integrity Indicators have been among the few (if only) datasets available that provided detailed information on the specifics around issues such as asset disclosure requirements, political financing regulations, gifts and hospitality rules, and post-government “cooling off” periods for senior officials leaving government. In other words, Global Integrity looks at the nuts and bolts of the anti-corruption safeguards that can help to prevent, or at least minimize, the sort of state capture that Dani so rightfully worries about. And we’ll keep working on it.

We’re gearing up for a major expansion of work in 2009 and beyond to scale up our sub-national work on these issues as well as new bleeding-edge sector assessments and evidence-based outreach. But we need more of that information and we need it now. I hope others will heed Dani’s call for action and work alongside us.