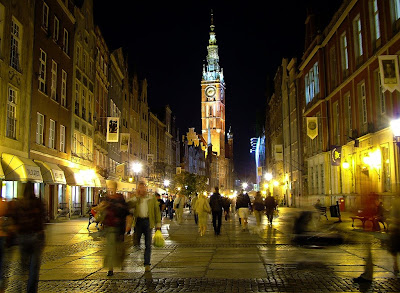 Eastern and Central Europe continues to perform relatively well on the Global Integrity Index despite widespread perceptions of weak anti-corruption and good governance mechanisms in the region. In this post, we look why the anti-corruption policies are so good while daily public experience of corruption remains discouraging.

In Eastern and Central Europe (ECE), popular and academic opinions tend to view corruption as a significant problem that continues to pervade everyday life in the region, a view shared by Global Integrity’s own reporters.

Yet, despite the proliferation of corruption scandals in the region, data from the Global Integrity Report covering the past several years, including 2008, reveal that several countries in the former Eastern bloc have relatively strong anti-corruption systems compared to other regions of the world. This year’s results confirm previous years, with Poland topping the field in the Global Integrity Index: 2008.

Why this disjuncture between public attitudes on corruption and anti-corruption systems? Is there an explanation for the relatively strong ratings ECE countries have earned in holding governments transparent and accountable?

We believe there is. First, the gap between negative public perceptions of government accountability and Global Integrity’s positive assessments of national anti-corruption mechanisms may signal the presence of a dynamic civil society and media which are capable of bringing issues of good governance into the public spotlight. In other words, the prevalence of corruption scandals suggests that watchdogs in the media, civil society, the justice sector, and independent ombudsmen or anti-corruption agencies have the authority and political space to effectively do their jobs. A lack of scandals, on the other hand, would not necessarily be a positive sign and could reflect a more repressive environment in which watchdogs are pressured into avoiding sensitive investigations.

The ECE countries assessed in 2008 are indeed characterized by very strong civil society organizations and media that have worked diligently to push for governance reforms and have exposed abuses.

As our reporter in Poland observes, “[because of] the tenacious work of civil society for accountability and transparency nearly two decades after the fall of the Berlin Wall, a real social debate around corruption may truly be under way.”

The last EU Commission’s report (PDF) on progress in Romania, points out that “Several initiatives by civil society have been reported such as integrity screening of candidates for national elections, regional anti-corruption action groups, recommendations for integrity tests in the health sector, and the monitoring of public universities for administrative and academic probity, good governance and sound financial management”.

There are two other explanations for the gap between perceptions of corruption in ECE countries and Global Integrity data on anti-corruption systems.

The Good News: The Reforms Are Real

First, recent reforms in the ECE region are almost certainly linked to demands made by Western countries as part of the recent EU and NATO accession processes. Whether these reforms “stick” in the long-run is the real question, but for now the structural reforms undertaken are real and impressive.

For instance, in Bulgaria significant progress has been made regarding corruption and organize crime since June 2008, according to the last EU Commission’s report (PDF). In response to the Commission’s report of July 2008 joint teams composed of representatives from the prosecution, the State Agency for National Security (SANS), and the Ministry of the Interior were set up to counteract EU fraud, organized crime and corruption and money laundering.

Also, in October 2008, the National Assembly adopted the Conflict of Interest Prevention and Disclosure Act which targets conflicts of interest between public functions and private interests. The report states that “Data on overall follow-up of corruption cases from the second half of 2008 show a downward trend compared to the first half of 2008. This negative trend seems to continue in November-December 2008”.

On the other hand, political financing in Bulgaria remains a challenge, according to the Commission’s report which points out “The rules in force for the financing of election campaigns vary depending on the type of elections and do not address donations in kind, unregulated cash transactions or the question of the public register of donors”. In this respect, Bulgaria is becoming more like the West, where poorly regulated political financing is a major driver of corruption.

There are also important achievements reported by the EU Commission in Romania such as the adoptions of a set of measures to increase the effectiveness of local prosecutors’ offices in corruption cases which includes a manual of best practices applicable to corruption investigations and local strategies for combating corruption.

The EU report points also out that the “The Anti-Corruption General Directorate (DGA) of the Ministry of Administration and Interior reported an increase of about 14 percent of corruption investigations within the ministry in the first eleven months compared to the whole of 2007”. On the other hand, it is also stated that judicial accountability is still a challenge for Romania which “must demonstrate the existence of an autonomously functioning, stable judiciary which is able to detect and sanction corruption and preserve the rule of law.”

Lastly, there are simply some things done better in ECE countries. In Hungary, for instance, we note that “80 percent of [the national audit agency’s] recommendations are acted upon” by the government. This is a remarkably strong indicator globally.

The Bad News: Anti-Corruption Policy is Only One Part of a Complex Problem

All that said, this positive data shouldn’t blind us to the real work that remains in these countries. Our Reporter’s Notebooks (Bulgaria, Hungary, Poland, Romania) are intended as a holistic counterpoint to the indicator data. Here these reporters remind us that strong anti-corruption systems don’t immediately translate to positive outcomes: the rules may have changed, but until people notice, corruption (and corruption scandals) will continue.

Additionally, Global Integrity indicators are not designed to capture every possible governance or anti-corruption issue at play in a given country. For example, organized crime issues play a major (if not dominant) role in shaping perceptions of corruption in Bulgaria but are not reflected in the battery of 320 indicators fielded by Global Integrity. In layman’s terms, we only measure what we measure.