Banks and Corruption: Global Witness Calls Out Western Instutions That Rip Off the Poorest

An unpleasant truth of corruption rankings is that they tend to shift focus toward poor governments and away from rich (but private) institutions that are actively participating in the looting of the worlds poorest people. UK resource watchdog Global Witness pushes back with a spotlight on the banking sector. They find banks are all too willing to deal with the worst offenders.

How willingly did the world’s most famous banks participate in obviously illegal practices? In 2000, Citibank processed a US$2 million dollar transaction from a timber company paying for logging rights to a Liberian account described in bank records as registered to “Taylor, Charles G.” and described as “US dollar checking accounts – personal.” Yes, that’s right: Citibank was processing a payment of government timber revenues to a personal checking account in President Charles Taylor’s name (Undue Diligence, page 70). It’s not just that Taylor is stealing from very poor people — that money perpetuated one of the ugliest wars in recent history. (Taylor is now on trial for war crimes, but things are better in Liberia today).

While Citigroup, Citibank’s holding company, is now 36 percent US government owned, this is not an exclusively American problem. Barclays, Deutsche Bank and Bank of East Asia all get called out as well.

Global Witness work has a flair for storytelling, and the Undue Diligence site fits the form. If you prefer to skip to the PDF, the text is here.

To our friends at Global Witness: This is a very nice piece of work. Well done.

As G20 finance ministers meet in London to discuss how to rescue the global financial system and prevent the next disaster, a new report by anti-corruption NGO Global Witness shows how some of the world’s biggest banks have been dealing with some of the world’s most corrupt regimes.

By doing so they have facilitated corruption and looting of natural resource revenues, denying some of the world’s poorest people a chance to escape poverty.

‘The same lax regulation that created the credit crunch has let some of the world’s biggest banks facilitate the looting of natural resource wealth from poor countries,’ said Gavin Hayman, Global Witness Campaigns Director. ‘If resources like oil, gas and minerals are to truly help lift Africa and other poor regions out of poverty, then governments must take responsibility to stop banks doing business with corrupt dictators and their families.’

• Barclays kept open an account for the son of the dictator of oil-rich Equatorial Guinea long after clear evidence emerged that his family were heavily involved in substantial looting of state oil revenues.

• A British tax haven and a Hong Kong bank helped the son of the president of Republic of Congo, another oil-rich African country, spend hundreds of thousands of dollars of his country’s oil revenues on designer shopping sprees.

• Citibank facilitated the funding of two vicious civil wars in Sierra Leone and Liberia by enabling the warlord Charles Taylor, now on trial for war crimes in the Hague, to loot timber revenues.

• HSBC and Banco Santander hid behind bank secrecy laws in Luxembourg and Spain to frustrate US efforts to find out if Equatorial Guinea’s oil revenues had been looted and laundered.

• Deutsche Bank assisted the late president Niyazov of Turkmenistan, a notorious human rights abuser, to keep billions of dollars of state gas revenues under his personal control and off the national budget.

• Dozens of British, European and Chinese banks have provided Angola’s opaque national oil company, Sonangol, with billions of dollars of oil backed loans, though there is no transparency or democratic oversight about how these advances on the country’s oil revenues are used, and they have a recent history mired in corruption and secret arms deals.

What needs to be done

No bank should be, or should want to be, involved in business such as this, whose real costs are borne by the people of some of the world’s poorest countries.

Anti-money laundering laws require banks to do due diligence to identify their customer and turn down illicitly-acquired funds, but these laws need tightening to make them globally effective. The following four reforms to the financial regulatory system are essential:

• Banks must change their culture of ‘due diligence’ – the process by which they check that a customer is legitimate. This isn’t about box ticking. Banks should only take the business if they have identified an ultimate beneficiary who does not pose a corruption risk. Other business should be turned away.

• Governments must ensure that anti-money laundering laws in each jurisdiction are absolutely explicit that banks must do this due diligence properly, and financial regulators must actively enforce these laws.

• Cooperation between governments has to improve to ensure that national bank regulations become globally compatible, accountable and transparent, and are not hindered by bank secrecy laws. This must begin with reforms to the inter-governmental body that oversees the anti-money laundering regime, the Financial Action Task Force.

• Governments must ensure that new global rules are put in place to help banks avoid corrupt funds. The most important change is to ensure that every country produces full public online registers of the ultimate beneficial ownership of all companies and trusts under its jurisdiction, to help banks identify and avoid business with a corruption risk.

‘The G20 leaders must act on their promises to help the world’s poor. A key element of making poverty history is to stop the money being stolen or kept off-budget in the first place. Ducking this issue now leaves the global financial system open not only to further corrupt money flows, but to the destabilising influences that have caused such damage to the developed world’s economies,’ said Hayman. ‘The developing world cannot afford a return to business as usual.’

Copies of the report can be downloaded from www.undue-diligence.org. For copies, more information and interviews, call: 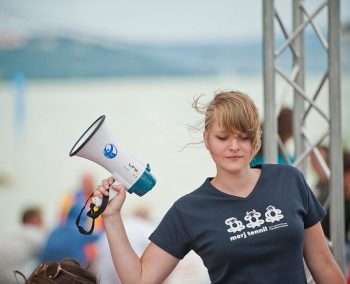 The World Bank Gets Political: Our Take