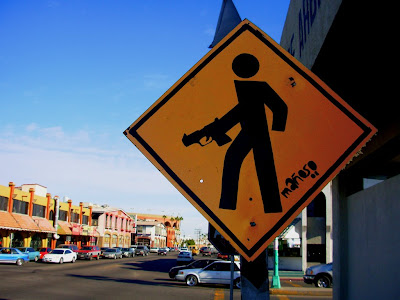 In February, this blog highlighted John Ackerman’s argument that it is misguided to quickly dub Mexico a “failed narco-state.” Ackerman acknowledges that the frightening levels of violence surrounding drug movement have crippled Mexico’s government, but he argues that the ineffectiveness of the state stems more from weak governance structures than the direct influence of drugs. Ackerman isn’t the only one to question Mexico’s status as a “failed narco-state.” In a multi-part series, Slate.com takes a close look at Mexico’s drug cartels in a way that discourages quick labels.

Ackerman, part of our local research team for the Global Integrity Report: Mexico, refutes the common comparisons to Colombia, where drug-runners and government officials “wear the same clothes,” so to speak. In Mexico, he argues, drug-lords take advantage of the weak political financing laws and ineffective law enforcement to run their business separate from the government sphere. (See also Global Integrity Report: Colombia).

Parag Khanna of Slate.com also veers away from comparisons between Mexico and Colombia, instead making the surprising comparison to Turkey:

“That’s right, Turkey offers an intriguing lesson for officials on both sides of the Rio Grande. Turkey and Mexico, the two poorest members of the Organization for Economic Cooperation and Development, are relatively similar in population size, per-capita income, and inequality levels. The former is a bridge between East and West just as the latter is a bridge between North and South. American officials and intellectuals have grown accustomed to chiding Europeans for not moving ahead with EU membership for Turkey, as President Obama himself reiterated on his recent European tour. But would the United States ever grant Mexico anything like what Europe has already done for Turkey?”

Khanna goes on to discuss how the allure of EU membership has encouraged Turkey to continue to institute reforms, with the help of European stakeholders. While in reality, America has far less of a economic carrot to dangle in front of Mexico, Khanna argues that America must assist in devaluing the drug trade as the reigning and most viable economic option. He suggests this be done through increased micro-lending policies that encourage growth in the oil sector and decreased migration and arms movement from across the U.S. boarder. (See also Global Integrity Report: Turkey)

The Mexican government has repeatedly called for the U.S. to acknowledge the role it plays in the drug trade: almost 90% of the arms that are used in drug-related violence come from America. The L.A. Times quotes the Mexican Attorney General as saying: “It is essential that we make the U.S. see the need to fully assume shared responsibility in this fight.”

As he prepared for his first official visit to Mexico, President Obama placed three Mexican drug cartels on the international list of drug king-pins promising to prosecute Americans who do business with them. And, while the new administration’s rhetoric has focused on cooperation, it is doubtful that the U.S. will provide the type of direct assistance and advising that the EU gave the Turkish government.

Khanna never really answers the question: “is Mexico a failed narco-state?” While the Mexican government itself may not have enough direct drug involvement to warrant the title, Khanna’s policy ideas (like Ackerman’s analysis) acknowledge governance weakness by shying away from solutions that encourage direct engagement between the American and Mexican governments.

For more on Mexico’s governance and anti-corruption structure, take a look at Mexico’s scorecard in the Global Integrity Report: 2007.