The Obvious Answers Are Mostly Wrong — How to Keep U.S. Stimulus Funds Clean 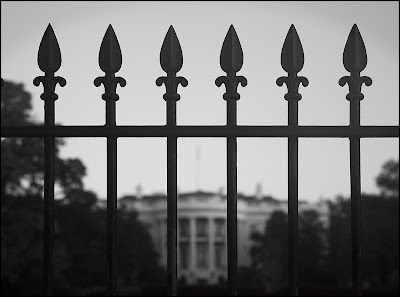 Is kicking lobbyists out of the White House the best way to keep the U.S. government’s massive stimulus spending free of corruption? Maybe not.

The good folks over at the Sunlight Foundation have been doing a terrific job of tracking the debate around how much lobbying is appropriate – or not – when it comes to how U.S. fiscal stimulus and bank bailout money is spent. Their readout from a meeting today with Obama administration officials on whether and how to further tighten lobbying restrictions and disclosures around the bailout/stimulus programs is fascinating and worth a read.

I wanted to chime in with an international perspective on these same issues, with the hope that it might be useful to the folks at Sunlight (and elsewhere) working on these reforms.

Four Things to Think About

To whit, my Four Things to Think About when it comes to minimizing the corrupting influence of lobbying on the policy process. (This is grounded in local reporting on these issues from 90+ countries in the Global Integrity Report.)

1. Lobbying is an American term of art. In the rest of the world, it’s known as…well, politics. The idea that some kinds of influence are appropriate while others are not is a truly foreign concept in most countries.

2. Lobbying is not the problem when it comes to corruption. Lobbying mixed with money is. In the U.S., that toxic mixture comes in the form of campaign contributions. In most other countries, it’s a simpler pattern of bribes or kickbacks to politicians who do favors for influence peddlers.

3. Lobbyists are actually useful sources of information. This is often acknowledged as an afterthought, but the best lobbyists are those with in-the-weeds, industry-specific experience and knowledge, not necessarily the most politically-connected operators. Sure, they have an agenda, but it doesn’t always mean their data is skewed. In all honesty, I’d be worried if the White House wasn’t hearing from JP Morgan and Goldman Sachs on things like TARP and TALF. In the developing world, where legislative and executive staff is either non-existent or spread horrendously thin, governments need the country’s experts in industry to help shape policy. That’s just the reality they face.

4. Distinguishing between “appropriate” influence and “undue” influence is a losing proposition. Along the lines of #1 above, ask this anywhere else in the world and you’ll likely get blank stares. Influence is influence, whether effective or not.

So, my Big Idea for lobbying around the U.S. stimulus and bank bailout packages: rather than worry about restrictions, focus instead on transparency. Make every official within 100 yards of stimulus/bailout policy disclose every contact (via phone, email, or in person) with any entity with an interest in that funding. Randomly audit 5% of those officials’ contacts.

But don’t bother trying to restrict those contacts – that’s #4’s losing proposition, and leads to slightly surreal outcomes like the ACLU suing for lobbyist’s rights.

Instead publish information on who’s talking to who and how often in real-time (daily or weekly) and let the public decide (via a basic smell test) what’s appropriate and what’s not. Hey, let’s make some good use of this independent (if declining) media thing we’ve got in the U.S. for as long as it lasts. This is all possible in a country like the US where the Internet is a) fast, b) cheap and c) penetration rates are high. And if journalists can’t be bothered, an army of bloggers are ready to dig through that data for a scoop.

So, let’s cook up some Google Forms and get to work!