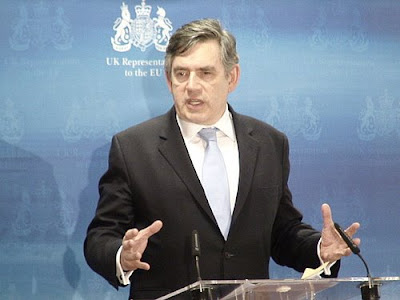 The widespread misuse of state allowances by British legislators still has the public outraged. Prime Minister Gordon Brown has promised reform. But David Leigh, a Guardian reporter and Global Integrity contributor, is skeptical. Leigh argues that auditors may have trouble keeping Prime Minister Brown’s mandate that every claim made by an MP be checked due to the scattered British record-keeping system. On top of this, newly proposed disclosure regulations prove that legislators are reluctant to submit to full transparency.

In an op-ed piece, Guardian reporter David Leigh dissects the round-about process that the Daily Telegraph’s investigative team must have taken in order to successfully uncover details of the recent British MP disclosure scandal:

The investigative journalists had to check addresses on the disc acquired by the paper against the Land Registry files, which disclose in most cases who has bought and sold properties and for what price. The Land Registry also reveals the existence of mortgages and when they have been paid off. Those figures pointed towards the ¬profits some MPs made by buying houses in their constituencies or flats in London, renovating them at public expense by designating them as “second homes”, and then selling them on.

Electoral rolls and Companies House records help to complete the picture. It then transpired that some politicians, not content with their taxpayer-funded profits in the housing bubble, switched their second-home designations to avoid capital gains tax on the proceeds.

If this wasn’t enough paper to track down, new regulations may make the auditors’ job even tougher. MPs are arguing that their addresses be blacked out of the disclosure forms in order to protect their privacy and ensure the security of their families. As Leigh puts it: “You don’t need an overly suspicious mind to find this claim unconvincing.”

This would make it impossible for journalists and transparency groups (let alone the average citizen!) to compare the addresses on the MPs’ claims to those of their state-owned residencies and their private residences. Brown’s mandate of new levels of scrutiny will certainly catch legislators using funds on small items like groceries, but without address comparisons, moat-maintenance and even bigger projects like house “flipping” will slip by watch-dogs and auditors alike.