What Kenyan Ministers are Driving Now 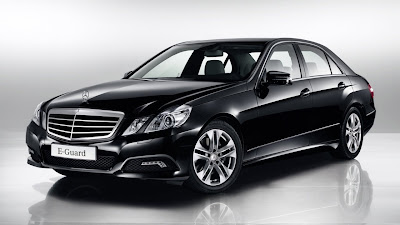 With public pressure on to cut down on generous car allowances, Ministers in Kenya have been debating strategies to cut back… without compromising luxury.

The 2009 budget sets aside 70 million shillings (US$ 914,434) for vehicle spending based on a long-standing practice of providing a Mercedes-Benz to go along with the title of minister. Anticipating resistance from ministers, Kenyan Finance Minister Uhuru Kenyatta suggested last month that ministers’ automotive choices be limited to those vehicles with engine capacities of under 1800ccs.

What car did he have in mind? Kenyan newspaper The Daily Nation assumes “a 1796cc Mercedes Benz E- Class. The engine is small, but the luxury (not to mention the price tag) is exactly how ministers like it: Big.”

This week, conscious of the public’s eye on extravagant government spending, President Kibaki suspended a State House official, J.K. Mutua, for authorizing the purchase of a new presidential fleet of Mercedes limos without his personal approval. This publicity-stunt sends a message of self-regulation without the substance to back it.

The Daily Nation reports that this type of spending does not need presidential approval. By law, authorization must come from the comptroller, not the president. The problem is that the comptroller’s position, which is subject to presidential appointment and approval, has been vacant since 2008, leaving little monitoring of government spending for executive or legislative goodies.

The President’s quick suspension of Mutua served as a very public action, acknowledging Finance Minister Uhuru Kenyatta’s view that “to [Kenyans], a Mercedes is a Mercedes and it is expensive … as a government, that is not the kind of image we want to pass on to Kenyans” (as quoted by the Daily Nation). To this end, Kenyatta has been driving a VW Passat since his June directive to promote government officials as more populist and in-touch with Kenyan realities.

The government’s image may be pieced together for now, but the larger weakness remains. A finance official’s suspension is not an acceptable solution for the lack of a national comptroller: Mutua serves as a momentary scapegoat while the spending budget for government officials continues to go largely unmonitored.