There’s a new media group in Liberia, and we’re happy to welcome the Liberia Media Initiative for Peace Democracy and Development to the community.

Civil society in Liberia one aspect of the governance framework that is doing pretty well, picking up a lot of the slack that formal government institutions might otherwise do. The media environment is a mixed bag of good and bad news; this new effort can only help. (Our 2007 work on Liberian local governance and national governance is pretty extensive.)

It doesn’t look like the brand-new LMI has a website up yet, so rather than link to them, we’re going to run their full press release, below (any formatting errors are mine). Good luck to LMI!

A new local Media Development, Peace Building and Conflict Transformation and Democracy advocacy NGO has been formed in Liberia. The organization is called the Liberia Media Initiative for Peace Democracy and Development (LMI).

The organization though just being announced has been in existence since 2007 working on self capacity building. The LMI’s founder and Executive Director is journalist John Kollie formerly of the Search for Common Ground Talking Drum Studio.

John Kollie says the organization will be engaged in peace building, conflict transformation, Democracy advocacy, Media Development and training. The LMI, Mr. Kollie says will do its work through collaboration and partnership with other local and International Non Government Organizations (NGO’s).

The LMI will use the media and Community outreach as the major tools for implementing projects aimed at achieving its goals. Along this line, John Kollie announces the completion of the construction of its State of the Art Multi-media Radio Production Studio in Monrovia.

Studio Democracy or (D) will work with all local and International NGO’s and other groups in producing their broadcast media products such as Talk Shows, Jingles, Dramas, Skits and news items.

The LMI and Studio Democracy, John Kollie adds, “will also seek collaboration with other groupings in achieving its objectives. John Kollie LMI’s Founder and Executive has just left the Search for Common Ground Talking Drum Studio Liberia where he directed the media department to concentrate on the running of the LMI.

The LMI and Studio Democracy will shortly launch their first simultaneous live TV and Radio Talk Show in collaboration with the Infinity Communications Service, the owners of POWER TV and Radio Stations. The Talk Show which is due to start at the beginning of August will be broadcast twice a weekly on POWER TV and Radio.

The Liberia Media Initiative for Peace Democracy and Development (LMI) was established early 2007 and registered during the same period with the Liberian Government. Its mission is to achieve good governance and general peaceful co-existence through media related programs and activities. LMI regards the development of the media in Liberia as a key impetus to sustaining Liberia’s emerging democracy.

LMI aims to achieve this through media sensitization, media empowerment, training and workshops for media practitioners, outreach on peace-building and national reconciliation, and awareness on key development issues pillars.

LMI was founded by journalist John O. Kollie along with other tenured Liberian media practitioners, and currently employs ten permanent and non-permanent staff. LMI is part of a consortium of local media development groups which include the Liberia Media Center, the Institute for Media Development & Dignity (IMEDD) and the Press Union of Liberia. This body is implementing a project aimed at setting up Liberia’s first Media Complaint Committee which is sponsored by Netherlands-based Free Voice.

In 2008, LMI in partnership with the Washington-based Search for Common Ground implemented a project aimed at professionalizing community radios across Liberia. The organization oversaw the establishment of ALICOR, an umbrella organization for all 52 community radios in Liberia, which was supported through a grant from the Canadian government.

LMI also implemented a project on Land Reform initiated by the Governance Commission of Liberia. This project trained community radio workers to report on land crises using conflict transformation and resolution methods. Around the same period, LMI worked with Liberia’s newly formed Anti Corruption Commission to create awareness on their establishment and functions. In January 2009, LMI was awarded a project by the Liberian Forestry Development Agency (FDA) to create awareness about the new forestry reform law of Liberia. This project, with support from Fauna and Flora International, sought to educate locales about the new laws and guidelines, and roles of the community in forest management. The LMI in partnership with the Search for Common Ground Talking Drum Studio Liberia is also implementing the production and distribution of the Radio Teachers’ Training Program (RTT) sponsored by the Creative Associates International under its Accelerated Learning program, ALP in Liberia.

LMI has developed, implemented and evaluated the effectiveness of country-wide communication strategies in Liberia for over the past five (5) years. LMI has worked in close collaboration with Search for Common Ground, the Liberia Media Center, the Press Union of Liberia and the Netherlands based Free Voice for the past five (5) years in Liberia. LMI’s team is comprised of communication experts and practitioners–in radio, print media, drama/theater, focus groups, and community engagement–with an average of 20 years experience among the team in designing multi-media productions and outreach activities to implement programs for and with development partners.

LMI’s principal tools, Media and Community Outreach work hand-in-hand in Liberia. Informed by issue mapping, surveying, and other research techniques, The LMI scans for potential media development and conflict issues and flashpoints and intentionally engages around these themes to foster dialogue and a constructive search for solutions while reducing tensions and rhetoric. Issues introduced through the media are addressed in depth through community-level engagement, and community-driven activities are given attention through media coverage. This integrated, synergistic approach enables LMI to achieve a breadth and depth of impact that would not be possible working at one level—national or local—alone.

LMI is working towards an overall goal of developing the Liberian media and achieving democratic governance through inclusion to consolidate peace in Liberia. The LMI is working to start the production of radio programs at its multi-media production studio which is nearing completion. All of LMI’s radio programmes will address key governance issues through themes like participation and social reintegration that will lead to the consolidation of Liberia’s democracy and peace.

The LMI is nearing the completion of a radio Production Studio that will engage in production of radio programs of all kinds with concentration on democracy.
LMI’S has as its Board of Directors the following individuals:

John O. Kollie. Founder and Executive Director, responsible for the management of the Liberia Media Initiative for Peace Democracy and Development, LMI including the staff project activities and finances. John O. Kollie has been the Executive Director LMI since its establishment. John is a Liberian journalist with 18 years of media experience. He has received awards for his investigative journalism and astute practice from the Press Union of Liberia, PUL and was awarded the prestigious National Endowment for Democracy, NED Fellowship at the International Forum Democratic Studies in Washington D.C. in 2006. John also works for Radio France International (RFI) as one of its senior English correspondents in West Africa. He works for the BBC World Service Trust (WST) coordinating a team of eight reporters from Liberia, Sierra Leone and Guinea covering the trial of former Liberian president Charles Taylor before the UN backed Special Court for Sierra sitting at the International Criminal Court in the Hague. John is also engaged with the Washington Based Search for Common Ground supervising the media activities of the organization’s multi media Liberian project called the Talking Drum Studio. John is an astute radio and TV program producer and presenter.

Under his leadership LMI has implemented several media development projects in partnership with foreign and local groups. John O. Kollie holds a Bachelor’s Degree in Management and Communication.

Mrs. Estella Miller. Administrative Officer manages the staff of LMI. Mrs. Miller is a practicing journalist and an active senior radio program producer and a social worker. She’s worked on GBV issues with the IRC and the Lutheran World Service psycho-social project. She is a candidate for Bachelor’s Degree in Management and Communication at the University of Liberia

T. Korta Dogba. Media Officer. Korta is a Liberian journalist with more than 15 years of working experience. Korta is an active and astute Radio program producer Korta has worked for the European Hirondelle sponsored Star Radio in Liberia. A candidate for bachelor’s degree in Mass Communication at the University of Liberia (UL), Korta is currently coordinating a peace building international online media program called Radio a Platform for Peace Building (RAPP).

Darius Barrolle. Drama Director. Darius has extensive working experience in all kinds of play rights. He’s worked for many years directing a Liberian life based SOAP OPERA called “TODAY IS NOT TOMORROW” (TNT) on a contractual basis and developing story lines for street theaters and other dramatic story lines for all kinds of drama and theaters

Joe Deoud. Finance Officer. Manages the accounts payable; payroll and other financial transactions as well as memoranda of understanding developed with partners of LMI and will do the same for this proposed Communication strategy. Joe has a master’s degree in Business Administration with concentration in Accounting and has been serving in this position since LMI’s establishment. Joe has extensive working experience with leading international groups like the Creative Associates and Liberia Community Infrastructural Program (LCIP) and the Search for Common Ground.

The LMI has members of the supervisory Board the following individuals:

• Dr. Evelyn Kandakai, former Minister of Education. Dr. Kandakai is an education expert and currently heads the Liberia Education Trust (LET). She also influentially serves on the Board of the Forum for African Women Educationalists (FAWE) 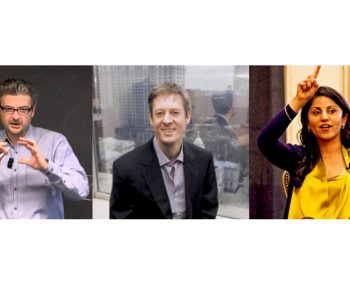 How do you get Floridians to care about state politics?