Letter from Uganda: Must One Belong to a Political Party to Get a Job? 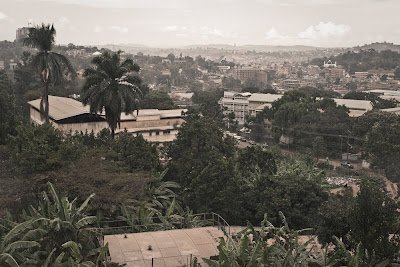 I got an email recently from Tumusiime Deo, a Ugandan journalist and human rights activist. Deo mentioned that while interviewing for a job, background searches, professional qualifications and references weren’t enough– employers wanted to know political party affiliation as well. At one organization it was demanded that he join his boss’s party.

In Deo’s experience, nondisclosure or political neutrality are unacceptable and even damning. Deo worries that this political vetting will lead to a greater polarization of the professional classes. He asks his fellow Ugandans, “what will happen if soon we have doctors treating only patients that belong to their party; teachers teaching only children from their parties; and journalists writing only about their parties…” Deo’s story is below.

Must One Belong to a Political Party to get a Job?

The job situation in Uganda seems to be taking an interesting turn with employers demanding to know applicants’ political orientation-but how sad! Someone should surely advise on whether such a question is realistically a necessity for a professional to perform his duties amicably.

Well, while the question of which party one belongs to may be well intentioned for whatever reason, there’s 100% likelihood that the answer one provides, could turn out to be the point at which one is denied an opportunity. Was this the reason why our political system was changed into multi-party dispensation?

In two job interviews I did not long ago, the question of which political party I belong to was top on the list. In the first instance, I assured the employer that by virtue of my profession, I was required not to belong to political parties, lest I compromised my objectivity. The employer did not seem to believe me, insisting that I was not saying the truth. In any case, I asked myself, “What if I said UPC and the organization was NRM biased, that might disqualify me; what if I said DP and the organization was Conservative Party, I would also lose it”. Perhaps if I had been ready for the compromise, and assuming I knew the employer’s political orientation before hand, I would have simply given the answer they wanted of me.

I however knew that the organization to which I was applying for the job was non-governmental, and had no clearly stated political motive. I therefore wondered why it would be interested in which party its employees’ belonged to. I stood my ground and maintained that I was non-partisan, and knew that if I did not get the job; my experience would give me a testimony to tell to the world anyway. I wasn’t ready to compromise my integrity at the altar of a job with strings attached.

A few weeks later, I was faced with a similar experience; this time more threatening. Someone else I had asked a job from, called me, and said, “Can I ask you a genuine question?” I replied, “No problem”. “Please tell me which political party you belong to, because the person I am trying to connect you to, demands that you join his political party before he gives you a job”, he said. To this, I again assured him, that I had not plans to join any political party, at least not for now when I am enjoying my profession.

When the gentleman couldn’t get any commitment from me, he intimated that maybe I was involved in rebel activities. At this, I could not comprehend what was going on. I asked myself, “Rebel activities!” To start with, I have never even held a gun; have never believed in rebellions; have never threatened anyone, and besides, many times I even fear to kill mosquitoes because I believe they deserve a life! The gentleman’s comments were there tantamount to a terrible insult that I will never forget.

Now, I keep asking myself what will happen if soon we have doctors treating only patients that belong to their party; teachers teaching only children from their parties; and journalists writing only about their parties, and so on. I wonder how many other people out there are denied opportunities on accord of their political orientation or lack of it. I think this is very unfair and must stop.

Folks, I think that if we must propel Uganda to the next level in the development hierarchy, we must learn to accommodate varying ideas and allow citizens to enjoy their independence of mind. If for example a Doctor can be compromised to join political party A, then there’s a possibility that he can murder a patient that that threatens his party. In fact in journalism, it is sacrilegious to belong to a political party or politically bent club or association, because of the likelihood to giving the audience “poisonous” information.

If anyone is interested in knowing which political party I belong to, they might have to wait a lot longer, because there’s none. All I know is that I am duty-bound to perform my work as professionally as possible.