The Supreme Court is opening session a few weeks early in order to hear an important case that pits freedom of speech against campaign financing regulations. The case is being broadcast live today starting at 11:30 am EST.

The question placed before the court today is, in the name of freedom of speech, should interest groups be allowed to use corporate or union funds to broadcast advertisements and publish books less than 30 days before an election?

Ted Olson [former U.S. Solicitor General] maintains that corporations are individuals, in a constitutional sense, and should be able to express their views. Money, he says, is speech.

“You can’t speak without money,” Olson says. “In this day and age, you need resources to reach people. And that’s part of the right to speak.” He adds: “There’s nothing more important under the First Amendment than to talk about elections.”

The question always is: Who does the First Amendment apply to? Do only individuals have the right of free speech? Or does this right extend to corporations and unions as well?

For more on the implementation of U.S. campaign finance regulations, take a look at the Global Integrity Report:2007

Blackwater in Iraq: Poor oversight sets the stage for deadly abuse of power 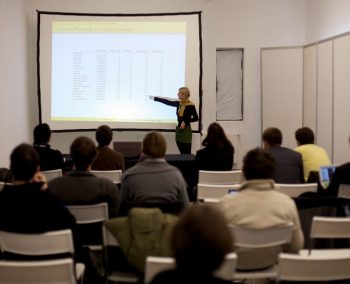 How Much Appeal Does Open Government Really Have for the Private Sector?