In the overlap of technology and democracy, Brazil is an early adopter (see here, here). So it’s no surprise to find a Brazilian journalism group leading the way with online training for journalists on how to use government data to tell stories. ABRAJI (short for the Associação Brasileira de Jornalismo Investigativo) arms journalists with information and then lets the reporters do what they do best — tell the story. 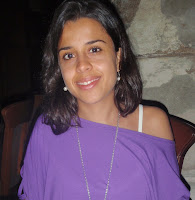 Training its members to follow government fiscal transfers and to track down the criminal records of past corruption offenders, ABRAJI is encouraging journalists to go after big stories with local impact.

Veridiana Sedeh and Jose Roberto de Toledo spoke with me from ABRAJI’s headquarters in Sao Paolo. During our conversations, Veridiana and Jose Roberto emphasized the importance of creating a public memory through smart journalism informed by access to government record-keeping. I met Veridiana through her work as a peer reviewer on the upcoming Global Integrity Report: 2009, and that led me to ABRAJI.

The majority of ABRAJI’s efforts are focused on training, especially around monitoring of funds transferred from the national-level to state and local governments. Veridiana, ABRAJI’s executive-manager, estimates that ABRAJI has trained more than 4,000 journalists to date. Not bad for a group that only has 1,000 members — 400 of whom have officially paid their dues! 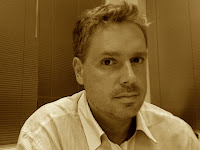 Jose Roberto, ABRAJI’s Coordinator of courses and projects, drew me a rough sketch of how fiscal transfers work in Brazil. At the national-level, there is one large government account which is monitored by congress. Citizens do not have access to the details of the expanse of this fund. Money provided to state and municipal governments is allocated from this big, central pot. However, without clear knowledge of the volume of funding at starting point (i.e how much money is in the pot to begin with), it is not clear to the public what percentage of funding is going where.

In order to better track discrepancies in funding among projects and provinces, ABRAJI’s local NGO partner, Contas Abertas, convinced a legislator of the importance of public access to this account. The partner suggested that the congressman take action independently of his fellow legislators and provide the group with his password to national fiscal database. The congressman agreed to this scheme and gave up his password, granting the organization unlimited access of the (formerly) restricted online database. Building on this information, Contas Abertas created a more sophisticated system to track municipal funding by allowing users to cross reference national-level transfers against local records.

ABRAJI then activated its network of journalists across the country to be the test users of this new database. ABRAJI created training courses to teach reporters how to best leverage this newly available information. The training sessions occur both in person in the major cities and online, so as to reach journalists from outlying states such as Amazonas. 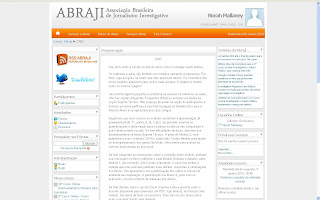 Jose Roberto stressed that the point of the training sessions and follow-on reporting is “not only to find the wrong things but to simply find where the money is going.” The goal is not to reveal major scandals, but rather, journalists are trained to link needs to funding by comparing the amount of funding local governments receive from the federal government to their levels of service delivery. The program is just beginning and Jose Roberto admits that his network is not at a full watchdog level yet. (He cites especially large gaps in the monitoring of contracting and political contributions in Brazil.) Still, ABRAJI has begun to collect stories from trained journalists who are using their new knowledge and tools to report on money flows. One example of a finding was in the town of Jaguariúna in the state of São Paulo, where a politically connected NGO called “Bola pra Frente” received almost double the funding from the federal government in 2008 than municipal government received! Jose Roberto says “now and then we see the results—not always in the whole story (journalistic piece) but [we can see progress] in the way they approach the story—with more data and analysis.”

“To fight numbers you must have numbers too”

Before ABRAJI’s training sessions, issues of fiscal transfers were not on the radar of many Brazilian journalists. Jose Roberto suspects reporters either “assumed it was known” that funding was biased or thought the subject was too “common” to write about. Reporters’ access to this information, through ABRAJI, coupled with training on how to use this financial documentation has changed that. Jose Roberto stated: “When they have raw data, [journalists] are much more confident. To fight numbers you must have numbers too. Access to information increases the level of journalism”

ABRAJI has focused on another recent initiative of the Brazilian government: increased police operations targeting organized crime, NARCO and corruption. Law enforcement’s quick scale-up in activity has meant that record keeping has not been as diligent as it should be. Seeing this need for improved record-keeping, ABRAJI has created an online crime database is to sync all publicly available crime statistics and information in one space. The crime database combines the police reports with the media write-ups on specific incidences so that the names the police officers, lawyers and judges involved in the case as well as the identities of the accused are all in one space. This makes it easier for a journalist to search for background information and draw connections as he or she writes up a new incident.

The online, password-protected database is only accessible by journalists in the ABRAJI network. It is based on an Italian model where local reporters can cross reference lawyers’ names to see if there are common backgrounds and links between the lawyers and the accused.

Jose Roberto sees this as a tool that every newsroom should have and he and ABRAJI are playing with the idea of creating a connected archive to track potential conflicts of interest and corruption within the justice system by examining the links between prosecutors and the accused.

Even if there is consensus within ABRAJI that this has the potential as an expanding and replicable model, the organization has been slow to track how journalists are using this information. I specifically asked about concerns of keeping the names of the accused private, as well as protecting the identities of the victims. Jose Roberto pointed out that the database is not revealing any new information– it is simply gathering information that is already publicly accessible and storing it together in one space. He added that until recently, there hadn’t been any push-back from civil liberty groups or from the accused. However, in late-2009 the password protected crime database went without its protection for a few days. During this time, a formerly accused citizen found his name on the website. The accused was outraged, but Jose Roberto reports that no legal action has come of this.

ABRAJI works to contextualize and inform public memory by arming reporters with the information they need to effectively tell their stories. With the Brazilian legislation warming to the idea of greater citizen access to information, ABRAJI expects its reporters will have increased potential to develop into watch-dogs of government spending; leveraging government information towards a greater civic consciousness.