Rwanda, Encore? The Longevity of Rwanda’s Governance Reforms is Uncertain 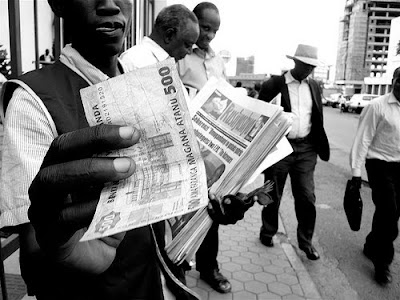 Post-genocide Rwanda has charged onto the international stage and is working hard to ensure the curtain doesn’t fall. The Global Integrity Report: 2009 finds that in Rwanda, the focus on building an institutional infrastructure to attract foreign investment has been one path for pursuing broader governance reforms. But can accountability reforms keep pace, or will Rwanda eventually end up on the list of one-man-rule countries?

Anti-Corruption is Good for Business

Actively promoting Rwanda’s image as a low-risk environment for foreign investment has been a priority for Rwandan President Kagame, who has been highly vocal in, what one Rwandan journalist calls, “his intolerance to irresponsibility and greed of any public figure.” Kagame’s anti-corruption campaign has led to the establishment of a number of strong internal oversight bodies within the Rwandan public sector. For example, the Global Integrity Report: 2009 speaks to the “fearless” reputation of the Auditor General.

The Rwanda Development Board (RDB) is another institution of note, newly created to manage the general business climate and institutional infrastructure while also providing oversight of state-owned companies. Budgetary support for both the RDB and the AG is subsidized by foreign aid, a scheme that poses a tenuous future for lasting accountability reforms: “Donors provide most of the government’s operating budget and… can arbitrarily cut money if they so chose, as they did…when it became clear that the Rwandan Patriotic Front (RPF) was active in the Democratic Republic of the Congo (DRC). Some donors suspended their funding.”

Keeping bad news out of the press in Rwanda has thus become key for the government, to keep both foreign investment and foreign aid flowing. Unsurprisingly, this has had consequences for press freedom in Rwanda. While violence against Rwandan journalists has greatly decreased in the past decade, Global Integrity data suggest that self-censorship may actually be on the rise. Global Integrity’s 2009 Rwanda scorecard points to multiple channels through which government interferes with the media– through direct employment of journalists, tipping newspapers off on what stories to report, and the use of expensive advertising campaigns on which media outlets are financially reliant. Whether in print, broadcast or online outlets, the general knowledge of who is an “untouchable” leads to “a great deal of self censorship in Rwanda,” according to Global Integrity data .

English and ICT: Great for Tourists and Businessmen, but Practical for Citizens?

In December 2009, Rwanda was officially accepted into the Commonwealth, a group of English-speaking ex-British colonies from around the globe. As one Western media outlet described it, “Kagame made no secret about wanting to switch from French, the language of Rwanda’s Belgium colonial roots, to English, and to transform his country into Africa’s cyber capital.” Investment in Information and Communication Technologies (ICT) has been a top priority for the Kagame administration with many of those efforts having been put under the leadership of the RDB. Shyaka Kanuma, a managing editor at Rwanda Focus, puts it simply: “Rwanda’s progress in ICT has undoubtedly made it a regional business hub.”

This transition to an English and internet-centric nation is bound to have repercussions for Rwandan citizens. Implementing this top-down Anglophone agenda means that English is being increasingly phased into classrooms, previously Francophone road-signs must be painted over and government literature republished. The Global Integrity Report: 2009 captures another practical implication of the language change in the advertisement of privatizations: “Yes [privatizations are advertised], but usually only in English, and even more so since the government banned [sic] French in schools in 2009.” Our 2009 assessment also notes that while “significant government support for ICT…extends to both government and business,” it’s unclear what the immediate positive effects for citizens have been. Internet penetration rates and literacy rates are low across Rwanda, diminishing the utility of internet-based mechanisms for civil engagement.

The trickle-down effect of foreign investment and foreign aid on Rwandan citizens —whether through direct budget support to government agencies or in private ICT-oriented business partnerships—remains an open question . What is undeniable, however, is the increasing centralization of power in the executive branch and the ruling Rwanda Patriotic Front party, calling into question just how long Rwanda’s growth can be sustained without more effective checks and balances. The challenging media environment is just one sign. In addition, Global Integrity’s data notes executive branch policy decisions are not always explained to a satisfactory degree; party and state resources are increasingly intermingled; and appointments to government positions are often made based on party affiliation. Low scores for enforcement of executive branch conflicts of interest regulations are an increasing cause for alarm.

Will foreign investment in Rwanda continue to motivate accountability reforms? Or will governance reform be outpaced by technological development, allowing a small circle of Rwanda’s connected insiders to control an increasingly large amount of power and wealth? The scene has been set; with the spotlight on Rwanda, the international audience watches.