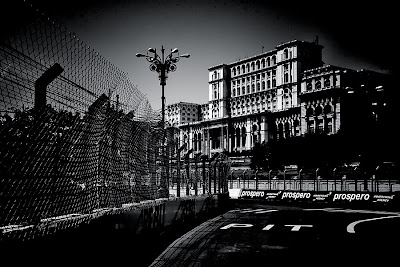 We don’t want to say we told you so. But we did. For the past few years, we’ve been repeatedly asked (with many a raised eyebrow) why our data assessing national-level anti-corruption mechanisms in countries like Bulgaria, Poland, Latvia, and Romania were so strong…amongst the strongest globally, in fact. Our answer has been straightforward: the EU and NATO accession processes in those countries had a real impact in terms of forcing governments to adopt some world-class anti-corruption institutions. Just don’t expect them to last forever, we cautioned.

Bulgaria’s slide backwards has been well-documented, and it now looks like we’re seeing the same trend in Romania. The Diplomat-Bucharest (a periodical aimed at the foreign diplomatic community in the country…take its tone with a grain of salt) reports how the Romanian government is on the cusp of completely undermining the country’s heretofore excellent asset disclosure requirements for lawmakers, a key anti-corruption practice in any country. The Diplomat-Bucharest summarizes the changes as follows:

[The Romanian parliament] is proposing modifications to a law which cripples the powers of the country’s National Integration Agency (ANI), a body verifying the wealth statements of public officials…ANI was established at the request of the EU and its existence helped Romania secure entry into the Union in 2007…The modifications state that political candidates no longer have to disclose their assets to the public. Only after they have been voted into office must officials make this information public…The new law states that jewelry and art worth more than 5,000 euro must remain confidential, because this information is ‘intimate.’ Thus when politicians have cash, this is public information, but when this is converted into goods, it must be [kept] secret…Politicians who [declare] false information in their wealth statements will no longer be criminally charged for perjury. Public figures will suffer no punishment for not declaring the full extent of their assets.

“This new law is so bad, we would rather be without it than with it,” says Laura Stefan, anti-corruption expert at NGO the Romanian Academic Society (SAR) [in The Diplomat].

We’ve had the pleasure of working with SAR experts in the past on fieldwork in Romania; SAR also won the Global Integrity Impact Challenge last year. If they say this is bad, it’s bad.

So what to make of all of this?

First, none of this should come as any big surprise. The challenge with outside actors incentivizing anti-corruption reforms (whether the EU, NATO, or aid donors) is that once a country makes it into the club, those actors lose much of their leverage.

Second, for those who think that the NATO and EU accession processes can help to incentivize governance reforms in countries like Georgia and Ukraine, the Romanian experience should raise some serious red flags. Really, really big ones.

Third, lasting governance reforms take time. A long time. There will be setbacks. Let’s hope the recent machinations in Romania are the exception and not the norm, and that the public outcry over the proposed changes leads to them being rolled back… or quashed altogether.

–Image: Romania’s Palace of the Parliament. By Susan Stoope(cc nc/nd)