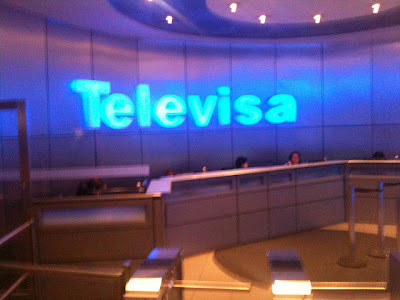 Is citizen journalism a clever response to Mexican drug violence? Looking past the hype, our Mexican field staff isn’t convinced. “There is still a very desperate need for really trustworthy alternative [information] sources,” says one.

Earlier this month, the Associated Press published a piece profiling Blog Del Narco, a news blog integrating crowd-sourcing principles to chronicle drug-related news in Mexico. According to the AP, this blog is one of a kind. Always on the look-out for “grassroots” citizen journalism projects, US media scooped up the story and slung it around the internet in no time. The article was reprinted on popular news sites and versions appeared on reputable commentary blogs like Foreign Policy.

In the background of Blog Del Narco’s story is the struggle of Mexican media to maintain their duty to inform citizens of drug-related violence while also balancing the increase of targeted threats and manipulation from the cartels. To get a better sense of the prevalence and nature of the Mexican media environment, we reached out to Global Integrity’s network of experts, contacting two past contributors to the Global Integrity Report: Mexico.

This post, the first in a two-part series, will feature John Ackerman’s comments. John is a Professor at the Institute of Legal Research of the National Autonomous University of Mexico (UNAM) and a frequent contributor to Mexican and international media outlets. As a second part to this mini-series, we will publish a response piece by Leonarda Reyes later this week. Leonarda is a longtime journalist and founder and director of the Center for Journalism and Public Ethics in Mexico.

Blog Del Narco is one student’s response to the increasing severity of what the L.A. Times and others have labeled “narco-censorship”—the intense pressure that drug gangs use to control the reporting on their activities. The strength of this censorship comes from a real fear of violence: more than 30 journalists have been killed since President Calderon took office. Earlier this month, four journalists were held captive by a drug cartel until the journalists’ media stations agreed to air the gang’s footage. As Leonarda will discuss in more detail tomorrow, the cartels are interested in using media outlets, especially local and regional ones, as their public relations mouthpieces. Depending on the situation, journalists are either pushed to ignore incidents, and thus diffuse attention from killings, tortures and movements; or they are encouraged to publicize gruesome images and descriptions to spread hype and fear in citizens and exalt the cartel’s indifference to public law and order. Thus, in the cartel-dominated pockets of Mexico, the media has become unreliable as a source of independent and informative news.

Blog Del Narco is managed and written by an anonymous individual who reports not only on the violent crimes, but also on the extravagant lifestyles of drug lords. Readers are invited to comment and in some cases, gang members themselves have responded to posts. The comment moderation appears to be controlled enough to avoid its manipulation into a self-promotion platform for gangs.

To get a better sense of the prevalence and impact of “narco-censorship” on Mexican journalists, I reached out to political commentator and Global Integrity contributor, John Ackerman. John provided me his observations via email on the reporting and publishing environment in Mexico today.

Norah Mallaney: Have you noticed a change in reporting style in the papers you read (or contribute to) on a regular basis? Does the availability of reports on narco violence in local papers differ from region to region?

John Ackerman: Over the last six months, the principal national newspapers have definitely toned down the images presented and moved coverage back in the paper, especially since an important meeting took place on this with U.S. and Mexican government officials a few months ago. This seems to be in response to the government’s request to reduce yellow journalism and “promoting” the narcos.

Norah: There has been much attention paid to Blog Del Narco recently. From what I understand, one reason the blog is unique is because of its open-platform style, which allows for drug-traffickers themselves to post content. Are there other blogs that have adopted this style? Are there other unique models online narco-reporters have developed?

John: Not that I know of, nor am I familiar with the Blog del Narco. I just visited it right now to check it out, but I must say that it doesn´t seem to be a particularly trustworthy or innovative source of information. I wouldn´t overplay its importance. There is still a very desperate need for really trustworthy alternative sources.

One strategy is that Proceso magazine sometimes publishes its stories on the narco anonymously.

John: Not really, as far as I can tell.

Norah: As a journalist, have you felt an increase in pressure to either cover or not cover stories?

John: No. I have not received any direct or indirect pressure, although I only write commentary/opinion not news stories.

Norah: What is the role of the Mexican media today in the face of the very real threat of violence? In this situation, does censorship as a necessary survival tactic override the potential disservice to citizens?

John: Both the U.S. and Mexican government have failed to see the press as their ally in the battle against organized crime. This to me is the biggest problem. Both governments need to aggressively defend, protect and even fund independent press outlets as part of the fight against the cartels, instead of seeing journalists as a nuisance.

A recent report by article 19, which I detail in my latest Huffington Post article, shows that the vast majority of aggressions against the press come from the government, not from the narcos.

Later this week, we will be posting journalist Leonarda Reyes’s discussion of the need for media outlets to collaborate on preventative solutions to mediate the situation—something greater than the band-aid of local chatter and citizen journalism can provide.