Is Open Data a Good Idea for the Open Government Partnership?

An interesting (though not surprising) trend that has quickly emerged in our conversations with the “supply side” providers of open government expertise is the heavy focus on technological interventions. I haven’t done a precise count yet, but close to half of the nearly 40 providers that have already expressed interest in working with governments under the OGP Networking Mechanism are software vendors, developers, or other providers of technology solutions for open government challenges, particularly web-based solutions. Many of them are involved with “open data” projects, which seek to unlock and put online a range of government data in machine readable, mashable formats.

The obvious explanation (in my mind) for why “open data” gets so much attention in the context of “open government” is that it is the sexiest, flashiest reform of the bunch. It’s much cooler (and frankly less politically controversial) for any government to put government health databases online (along with an iPhone app! Android coming soon!) than it is for the same government to provide greater transparency around the financing of political parties in the country.

But it does raise a core concern that we at Global Integrity (and others involved in the early discussions around OGP) have voiced several times before: does the OGP risk becoming a platform on which to proselytize to the world about the virtues of data.gov and similar open data projects? We worry that this isn’t enough by itself.

Why I mention this in the context of OGP is that there is a concern shared amongst some of us involved that open data provides an easy way out for some governments to avoid the much harder, and likely more transformative, open government reforms that should probably be higher up on their lists. Instead of fetishizing open data portals for the sake of having open data portals, I’d rather see governments incorporating open data as a way to address more fundamental structural challenges around extractives (through maps and budget data), the political process (through real-time disclosure of campaign contributions), or budget priorities (through online publication of budget line-items).

Granted, you can make a counter argument that open data is the “gateway drug” to much deeper and challenging open government reforms, but until I see that happen in practice I’ll remain a healthy skeptic.

So when I see the Kenyan government’s new open data portal (over which many behind the US and UK data sites are absolutely gushing, and at the time of this posting was actually down!), I can only wonder whether the time, expenses, and political capital devoted to building that website were really the best uses of resources. To vastly understate the problem, Kenya has a range of governance and open government challenges that go far beyond the lack of a website where citizens (many of whom are not online) can chart government datasets.

We’ve started to hear similar concerns from some of the technical providers involved with building the US and UK open data projects (many of these providers have expressed their willingness to work with other governments under the auspices of OGP). The basic message has been, “Yeah, there’s been plenty of excitement at political levels for these projects, but it’s hard to say how significant the use or uptake [of the data] has been.” A similar refrain has been “Everyone expects the private sector to simply jump in and build a bunch of ‘apps.’ But we aren’t really seeing that and don’t expect too much to happen apart from apps using geospatial data.”

Sobering stuff. The open data movement is clearly still in its infancy and major successes may be yet to come. But in the interim, some caution may be in order before we launch a global campaign to liberate every last bit of government data out there, especially in lower-income contexts where the opportunity costs may be massive.

3 comments on “Is Open Data a Good Idea for the Open Government Partnership?” 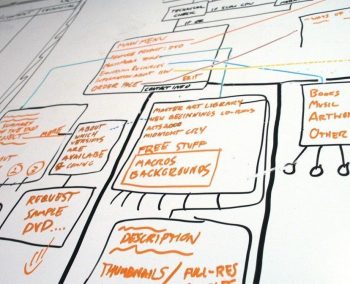 Our Research Team is Hiring for 2 New Positions

USA: Why was the Inspector General of Americorps fired?