How Often do Computer-Assisted Reporters Talk to Open Data Hackers?

Here at Global Integrity (and elsewhere, to be sure) we talk all the time about the need to bridge communities of practice in the broadly defined universe of good governance, transparency, and accountability. With what we perceive to be a continued lack of innovation in the transparency and accountability space, the desire to "link up" seemingly silo-ed practitioners with one another seems increasingly important to us.

One example that we often throw around (HT to Janet Haven at the Open Society Foundations for originally turning us onto this) is the way in which the "traditional" freedom of information advocates and practitioners are often disconnected from the new generation of "born digital" civic hackers, particularly those focused on leveraging technology to exploit open government data in exciting new ways. The argument goes that both communities could benefit from each other's experiences, technologies, and tactics and that together they could do great things in promoting greater transparency and accessibility of government information.
We had another possible coupling that we wanted to throw out there for comment and discussion: how often are the computer assisted reporting (CAR) folks talking to the open data crowd? We know of some great stuff that the Open Knowledge Foundation is doing with reporters, as well as Sunlight Foundation's amazing work that has always integrated media training and outreach with data-driven technology innovations.
Part of the reason why some of us at Global Integrity, especially those that come from a reporting background, are so attuned to the possibilities of open data is that we cut our teeth in the pre-open data era. This dark time was one where doing journalistic reporting using government data meant investing hundreds of hours into horrible, laborious "scraping" of PDFs and web screens. If you've never assembled, cleaned, and standardized a massive database from scratch, it's hard to appreciate the awesomeness that is a highly standardized, tagged database provided by an organization/government that requires zero cleaning in order to analyze it. Thank you, XML.
We know the CAR community is increasingly sophisticated when it comes to exploiting web-based technologies to assemble, analyze, report on, and publish stories based on Big Data. We're just curious how often the CAR crowd is talking to the open data hackers, and if it's not too often, whether there are opportunities to do more of that. (These kinds of possible synergies are what have inspired us to try and assemble a Transparency Hub here in Washington, DC.)
Enlighten us, please, in the Comments!
— Nathaniel Heller

2 comments on “How Often do Computer-Assisted Reporters Talk to Open Data Hackers?” 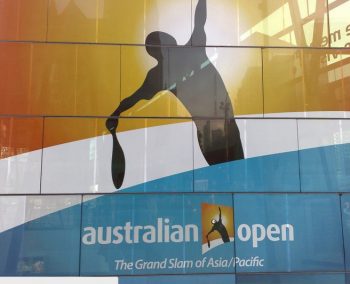 Russia: The Maestro of Made-to-Order News