The Open Government Partnership (OGP) Action Plans are in (!), although not all 55 OGP member countries have submitted theirs, and only some plans were submitted in the electronic format we had hoped for. But with more than 40 plans to analyze, we took the first deep dive into finally making some sense of this whole process.

By way of brief background: member countries of the OGP are asked to deliver Action Plans with commitments towards making their governments more transparent, accountable and participatory (the April 2012 high-level event in Brasilia marked the deadline for non-founding countries to submit their initial Action Plans). The process allows for a great deal of flexibility in defining commitments; however, all commitments are expected to be actionable, time-bound and benchmarked, so we used this as the basis for our analysis. Action Plans are also intended to be “living documents” that are constantly updated and strengthened, year after year, through consultations with domestic civil society; for this reason, our conclusions that follow can be used to inform some thinking around steps.

By adapting the SMART framework for the purposes of our analysis, we examined each individual country plan to get a better idea of where countries stand in terms of shaping their open government agendas.  Specifically, we evaluated whether a country’s commitments are 1) Specific 2) Measurable 3) Actionable 4) Relevant and 5) Time-bound. (See results attached)

We deemed plans specific when the commitments that comprise them delineate what the country is planning to do.  In other words, plans are specific when countries have articulated their commitments through concrete activities used to reach these goals.

Plans are measurable when the activities that comprise them are benchmarked. Benchmarks – metrics by which action can be measured – are crucial for the next big push and forthcoming review phase of the OGP.

Actionable plans are those that explain how the country will achieve the outputs they set forth. For example, plans need to include the approach, tool, process etc. by which they expect to meet their goals. (It is important to note that for the purposes of an objective analysis, we focus on goals as outputs and not outcomes here – a point that we will revisit later.)

We consider plans relevant when they focus on addressing open government issues as opposed to broader good governance reforms.  For example, take the commitment: “To develop an online Control Panel to monitor the Ministry of Education’s actions” and contrast it with “To improve the quality of education by providing technical and financial resources to schools.” While the latter may be a much-needed step towards improving education, it doesn’t directly address transparency in the way the former does.

Lastly, if the country states projected deadlines for outputs, we classify the plan as time-bound.

Overall, our assessment shows signs of some real reasons to be optimistic – nearly 70% of the submitted Action Plans meet at least four out of the five SMART criteria. Only a handful of the total 42 plans fulfilled two or less of the criteria.

The biggest gap was in benchmarking – a little less than half of the countries outlined metrics for assessing their progress. Slightly better than benchmarking was time-bound commitments – 40% (around 20 countries) have not yet provided a timeline for their activities.

Tracking with the number of overall plans that could be improved, just more than 15% include commitments that are outside of the scope of what we consider to be “open government.”  Around the same number of countries have yet to articulate how they plan to execute their activities.

Unsurprisingly, countries that have been on the open government radar for some time now including Brazil, Canada, Israel, Croatia and Moldova delivered some of the strongest plans.  However, OGP countries including Jordan and the Dominican Republic faired similarly. For us, this is an exciting discovery because it keeps us optimistic about the prospects for OGP. This means that there are key member countries in all regions of the world that are vocal advocates for open government.

For our purposes, the more granular the information a country provides, the better. We decided to base our assessments of the Action Plans on each country’s promised “activities” rather than their Action Plan’s rhetoric – that is, those items that are as measurable, actionable, and specific as possible. Not all countries have fleshed out their activities, and this is something that the Steering Committee will need to encourage more of as we move forward.

Based on our analysis, a sizeable number of Action Plans included at least one commitment that we classified as being outside of the scope of “open government.”

Take, for example, this commitment: “To develop a gender equality program together with all municipalities.”  We commend this effort and do not downplay the importance of it; however, this is a clear example of conflating democratic rights with activities that specifically target transparency, accountability and/or participation. Importantly, this reminds us that some amount of consensus around a meaningful definition of “open government” is required sooner rather than later for OGP to avoid becoming a dumping ground of random public sector reform efforts.

What You Can Do

We hope that our analysis can be a jumping off point for further work that can lead to a more nuanced understanding of where countries stand.  To encourage this, we want to offer three points of consideration for readers, particularly those involved in their own country assessments (both domestic civil society and government):

What OGP Will Do

Identifying plans and specific commitments that haven’t quite hit the mark is a step in the right direction. The idea now is to use these insights to work with countries towards improving their Action Plans through greater specificity and ensuring their goals can be met in the short- and medium-term. The forthcoming OGP Independent Review Mechanism (IRM), which will be an independent body tracking the progress of each country’s Action Plan, will be central to this process.

This also means that OGP Networking Mechanism suppliers should get ready! We hope to reach out to those of you who are on the Networking Mechanism roster to brainstorm around specific country engagements in the near future. We anticipate dozens of opportunities to work directly with OGP governments on strengthening and implementing their new Action Plans in the coming months. 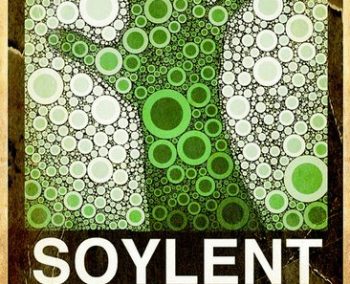