What’s behind the hasty ethics reform in South Carolina?

Governor Nikki Haley of South Carolina surprised us yesterday with an unexpected initiative – a comprehensive ethics reform at the state level. The reform includes five elements, as presented on the initiative’s poster: “no incumbent exemptions for election filings, mandatory conflict of interest recusals, one ethics commission for all public officials, total income disclosure, freedom of information from all branches of government”.

We, of course, salute any and every attempt at improving the effectiveness of ethics and accountability regulations in South Carolina. The state was ranked among the poorest scoring states in our State Integrity Investigation earlier this year.  In this context, we support the reform initiated by the Governor yesterday.

We are concerned, however, about the way this reform has been instigated.  First, there appears to be a lack of public consultation before rolling out such a comprehensive ethics overhaul. As reporter Corey Hutchins of the Columbia Free Times notes, many individuals at the forefront of ethics-related issues in South Carolina were not informed about the governor’s ambitious plan, which suggests that the ideas were born from a small circle of people close to the Governor. It remains to be seen whether a public debate about the reform package is envisaged.

It’s difficult to say which sphere of public life in South Carolina is not in need of reform, especially when it comes to ethics and public accountability. Yet rather than simply putting together a wish-list of issues that the reform should cover, we hope that officials in South Carolina first performed an analysis to determine the cost-benefit of moving ahead with certain reforms ahead of others. We know from many states across the US and countries around the world that the best way to doom a reform package is to burden it with dozens and dozens of ambitious and politically-contentious provisions, much like an overloaded Christmas tree that will eventually collapse. Our hope is that Governor Haley is genuine about putting political muscle behind her package rather than simply doling out political stocking stuffers to voters.

One comment on “What’s behind the hasty ethics reform in South Carolina?” 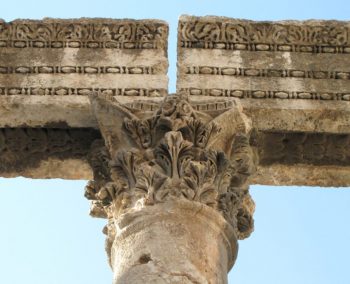 How the G-20 Can Help the Open Government Partnership