[Edited on 7 September 2012 to remove an inadvertant reference to internal Steering Committee deliberations, and to correct descriptions of staffing levels.]

There is also significant cause for concern, chiefly among them a staffing gap, an emerging leadership vacuum, and the unresolved independent monitoring process that is envisioned to hold governments to account for implementation of their Action Plans. Progress on these fronts in the coming months will set OGP on solid ground and increase the likelihood that the initiative has lasting impact in the out-years. Failure to address these challenges raises existential questions about OGP that could quickly set the partnership on a path to irrelevancy. This is a make or break year for the Open Government Partnership.

Where are all the people?

One characteristic of OGP that I’ve always loved (and encouraged) is it propensity to avoid looking like most other international and multilateral initiatives in its form and structure. OGP has been designed as a “lean and mean” initiative with a barebones secretariat (the Support Unit) servicing a rotating set of co-chairs, each of which provides in-kind staffing support to the partnership. This has so far proven fairly effective despite OGP’s ongoing public communications challenges and the reality that the Support Unit and co-chair staffs have been running at breakneck speed ever since the partnership got off the ground.

The disadvantage of this model – which we are now witnessing in full bloom – is that there is zero backstopping available when Support Unit or co-chair staff disappear, and literally no one is left to run OGP day to day. As of this writing, there is literally one staff (the interim director of the Support Unit) and an outsourced British communications firm (blogging and Tweeting) holding down the OGP fort. Suffice it to say that this is sub-optimal when it comes to pushing forward an initiative as ambitious as OGP.

Why the staffing gap? Some sudden and unexpected departures from the Support Unit this summer created the crisis, but the real concern is the Steering Committee’s inability to finalize its selections for two key positions: a new Executive Director for the Support Unit and a senior staff to run the forthcoming Independent Reporting Mechanism (IRM; more on this below). While I appreciate the desire to get these staffing choices right, this process cannot run another several weeks if OGP is to avoid even more disruptions. A real-life example: the UK government has been trying to put on a high-level OGP event on the margins of the UN General Assembly meetings in New York later this September. Apart from Downing Street staff, there’s almost no one available on the OGP side to help plan and execute this high-visibility evening. Yikes.

While the staffing question can be resolved fairly quickly, another macro-level question looms large: what’s the vision for the future of the OGP? Typically this would come from the co-chairs. But a combination of exhaustion and revolving turnstiles in London threaten the possibility of a “lost year” when it comes to pushing the envelope on what OGP can achieve.

The founding co-chairs US and Brazil have now either formally stepped down from the co-chair slots (US) or are justifiably worn thin from having led OGP for more than 18 months (Brazil). The spotlight naturally then turns to the UK, the new OGP co-chair that is ostensibly eager to put its stamp on the partnership. But the vibe this author has been getting out of London is not terrifically encouraging.

The departure of Tim Kelsey from Downing Street to the National Health Service leaves a hole around the leadership of the open government agenda in the UK (and therefore OGP). Tim was a driving force on the OGP Steering Committee and grasped the need for OGP to move quickly to consolidate early gains and then expand its reach and influence before the early honeymoon period came to a close. Absent a replacement that is able to dedicate similar energy and commitment to OGP, it’s hard to see how the partnership doesn’t lose some steam this year with Tim’s exit from the scene. The recently announced British cabinet shuffle will likely create further delays in putting into place the leadership from London that OGP very much needs.

The final big and contentious shoe is now dropping on the structure of the OGP: the creation of the Independent Reporting Mechanism (IRM). The IRM is designed as an independent process that allows domestic civil society in each OGP country to report on the government’s implementation of its OGP Action Plan. While simple in its construct, the IRM is a devilishly difficult thing to operationalize in practice.

Earlier this summer, the Steering Committee quickly realized that the staffing assumptions for the IRM were vastly underestimated and course corrected (to their credit) to set aside a much larger budget for several IRM staff, a senior International Expert Panel (IEP) to develop the IRM monitoring methodology, and hundreds of thousands of dollars to fund in-country civil society reporting. Speaking from some experience in running fieldwork at this scale, the prospect of hiring the IRM team, assembling the IEP, developing a monitoring methodology with broad public participation, and then issuing country reports in more than 50 countries is, to understate it, daunting. It’s certainly possible but should be celebrated as a major overachievement if OGP is able to pull this off as currently planned. I’d take the under if I were a betting man.

The real risk with the IRM is that civil society around the world will quickly and viciously turn on OGP if the IRM either is too late to the party to matter or issues soft reports that fail to call out governments for failing to implement their action plans. Some activists feel the entire structure of the OGP process – first allowing governments to accede to the initiative, garner goodwill, and only then begin any sort of monitoring – is itself a fundamentally flawed approach. As one veteran transparency campaigner put it to me earlier this summer, “OGP gave away all of the goodies too soon.”

The Open Government Partnership is neither guaranteed success nor doomed to failure at this point; many of the important pieces are still in flux, and early mistakes can still be quickly corrected. But the honeymoon period is quickly coming to a close and the hard work – sorting out long-term staffing, leadership, and the IRM – is now fully at hand. How well OGP addresses these challenges in the coming year could determine whether the initiative exists in the next.

We’re Not All Saints 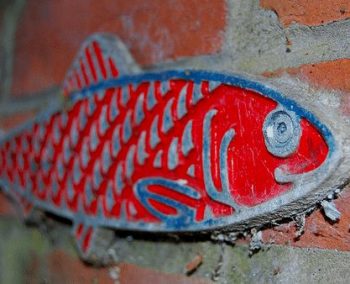