Argentina’s Net Party : a Trojan at the Buenos Aires legislature

A group of Argentinean technologists, organized in a new political party, is taking a risky move to bring open government to the Legislature of the City of Buenos Aires (whose iconic tower is pictured above).

The nascent political organization, Partido de la Red (Net Party), seeks to propose and elect candidates to the legislature that will support ordinances and legislation based exclusively on the vote of regular citizens through a software platform, available on the Internet.

“Our political party is the software,” said Pía Mancini, director of Fundación Democracia en Red (Net Democracy Foundation), the organization behind the development of the platform. “Developing the software is the most important part.  Our software seeks to take advantage of the intelligence of the collective.”

Users will undergo a vetting process before being able to use the software, Mancini said, to avoid manipulation of the voting mechanism. “We want to make sure that whoever votes is a member of the community who cares about the issue at hand, not somebody who will benefit of the outcome of a proposed legislation,” Mancini, 30, said.

The party has chosen to start with the legislature of Buenos Aires since the city boasts the largest number of Internet users in the South American nation, said technologist Santiago Siri, head programmer of the software platform. The Argentine capital, with a population of 12 million, is also mired in significant urban problems, from a chaotic transportation system and unreliable public services to rampant crime.

The new party is there not only to bring the people’s voices forward as a way to find solutions for these problems, Siri, 29, said, but as a way to reset the way democracy is conceived among citizens.

“We are not a revolution or a reform,” he said. “We are an upgrade.”

More info on this initiative is available (in Spanish) at their Wiki site.

Are there similar initiatives in your area? If so, have they been successful? What would you recommend to Mancini and Siri to make their idea better? Or do you think they are naïve in their approach? Share your thoughts in our comments below.

One comment on “Argentina’s Net Party : a Trojan at the Buenos Aires legislature” 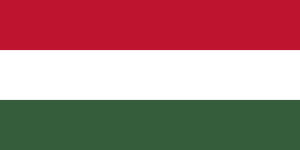