Global Integrity recognized for its groundbreaking work by the Omidyar Network

Last week, Global Integrity was selected as a runner-up for the Omidyar Network Award, an award given out by the Omidyar Network to grantee organizations “who are collaborating with one another in exciting ways as well as those who are exemplifying the values of the network in their own sectors and communities.”

We were flattered to stand alongside fellow runners-up and winners mySociety, Fundacion Ciudadano Inteligente, and Ashkara Foundation.

In giving out the award founder Pierre Omidyar cited Global Integrity “for the leading role they’ve played in catalyzing and convening the government transparency and accountability community through a combination of innovative programmatic efforts and the world’s first government transparency and accountability thematic co-working space, the OpenGov Hub in DC.”

While much of our work these days is indeed focused on spurring greater risk taking and experimentation across the government transparency and accountability (see our Innovation Fund and Indaba as concrete examples), the recognition of the OpenGov Hub as another tool in the catalytic toolbox was particularly validating. We’re not even a year into the hub experiment but are already witnessing real innovation and experimentation emerging from a simple but powerful approach: if you put smart people in the same room, good things are likely to happen.

Two immediate examples come to mind. First, three hub tenants along with Ashoka, the Center for Global Development, and Global Giving recently launched a new start-up initiative focused on the ways in which citizens can more effectively engage with government, Feedback Lab. Ask anyone involved and they’ll tell you that absent the trust built up over several months of working alongside each other in the hub, Feedback Lab would never have happened. Regardless of Feedback Lab’s ultimate success or failure, it’s encouraging to see that sort of accelerated risk taking and entrepreneurship emerging from the hub.

Second, friends of ours at Transparency International-USA and Integrity Florida are teaming up to push for greater fiscal and budgetary transparency in the great state of Florida. The partnership emerged from a small workshop Global Integrity hosted at the hub several months ago, and with zero prompting from us to the two groups discovered a healthy swath of shared interests; among other things, Integrity Florida will hopefully be piloting TI-USA’s new civil society procurement monitoring tool in Florida. For an international organization such as TI to lash up with a small, state-level group in the United States doesn’t happen every day, and it doesn’t happen without quality face time.

None of this is to argue that co-working spaces are a magical panacea. They aren’t, and there’s a bubble emerging (in my view) around the idea that hubs, accelerators, and co-working spaces will cure all ills, whether in the social or commercial space. But the reality is that the value of face-to-face interaction is indeed very real, even in the Internet age, and often trumps the best that Skype, Hangouts, and conference calls can throw at it. We’re tickled that the Omidyar Network feels similarly.

–Photo courtesy of the Omidyar Network

Billionaires Use British Libel Laws to Pound at Media 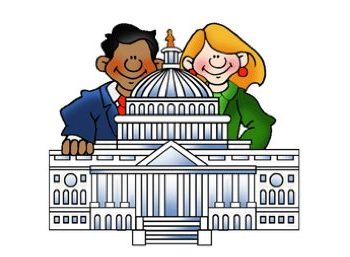 Beyond the “Good Governance” mantra