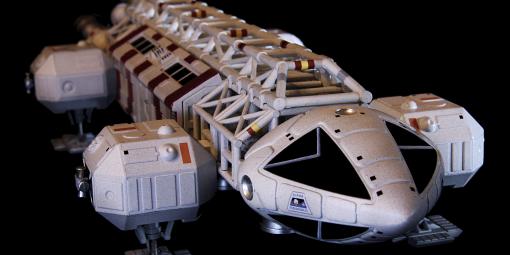 Once considered the realm of the nerdy and anti-social and rarely taken seriously, Sci-Fi is slowly but surely coming into the mainstream. Shows like Game of Thrones, Battlestar Galactica, the Stargate franchise, and Doctor Who have not only captured the imaginations of a niche market but have found appeal among wider audiences by not being afraid to ask the important questions and address the most pertinent issues plaguing our society.

In light of recent events, specifically with the NSA information leaks and quick changes to US election laws, Science Fiction T.V. series have begun to not only address these issues but have made them core plot points.  They are tackling some of the challenges public officials must face when dealing with deep-rooted social problems while also presenting alternative scenarios for how the world could turn out if public officials fail to follow the guiding principles for a true democracy.

For this post, we’re going to talk about two shows in particular: Continuum and Defiance, two recent series that have gained a significant following in the last few years (or these past few months, in the case of the latter). These shows have put transparency, corruption, and rule of law at the forefront of their central conflicts and thus bring these issues to the attention of the viewers.

Continuum follows Kiera, a cop from the year 2077, who is transported back in time to the year 2012 along with a group of terrorists, known as Liber8. In Kiera’s time, the government has turned into a corporatocracy that limits peoples’ freedoms of expression, civil liberties, and right to privacy. As a “Protector,” Kiera works to defend this regime to maintain the status quo. Liber8, the state’s enemy-number-one, seeks to overthrow the government and its invasive, corrupt policies and practices (a noble cause in theory) through unethical and destructive acts of terrorism.

In both timelines, Kiera spends most of her efforts fighting Liber8 to protect the people. However, to ensure the terrorist do not succeed in taking more lives, Kiera and the people she works with (with the exception of Carlos, her partner at the Vancouver Police Department and the show’s “voice of reason”) do not always consider the underlying consequences of vigilantism. When Kiera undertakes a number of subversive techniques, such as torture, breaking into secure data files, and taking the law into her own hands, the line between right and wrong becomes extremely blurry.

Though the series is entirely fictional, its relevance to some of today’s events cannot be ignored: how far are we willing to go (or let the government go) to fight terrorism and to protect the people? To what extent should we give up our liberties in order to preserve the peace? Are we willing to give up our privacy and personal information if it helps save the lives of our fellow citizens? This is an issue we’re dealing with now, specifically with the NSA scandal, and more generally with the global war on terrorism.

One of Continuum’s messages is that oftentimes the most effective solution isn’t necessarily the most transparent solution, and it’s evident throughout the series that Kiera’s less-transparent methods could be what set the stage for the future’s corporate police state.

Defiance takes a look at this same issue through a different lens.

On a future Earth, transformed by wars with a number of alien races collectively known as the Votan, an independent city-state called Defiance rises from the ruins of old St. Louis. Here, Humans and Votans coexist (relatively) peacefully. As the town addresses threats from inside and out, and faced with an upcoming election of which the results could drastically change Defiance’s future, Mayor Amanda Rosewater must decide whether to save the town through rather unsavory means or allow the democratic process to take precedence, with the risk that it may be the end of Defiance as she knows it. Her opponent is Datak Tarr, a Votan gangster allied with the power-hungry Earth Republic, who will almost certainly lead the town to ruin if he were to win.

Amanda, knowing she could potentially rig the election but unaware that Datak already has done so himself, must decide whether preserving integrity is more important than preserving the town’s independence and well-being.

Though the worlds within these shows are not entirely comparable to our Earth’s geopolitical structure, one can see parallels and practices within these fictional universes that highlight the importance of unforeseen consequences. These shows allude to the fact that these unforeseen consequences have huge impacts on the future for generations to come and that the moral compass between “right” and “wrong” can often times be very subjective. One slip-up can set the stage for something much, much worse in the future, a lesson worth remembering in the midst of today’s heated debates.