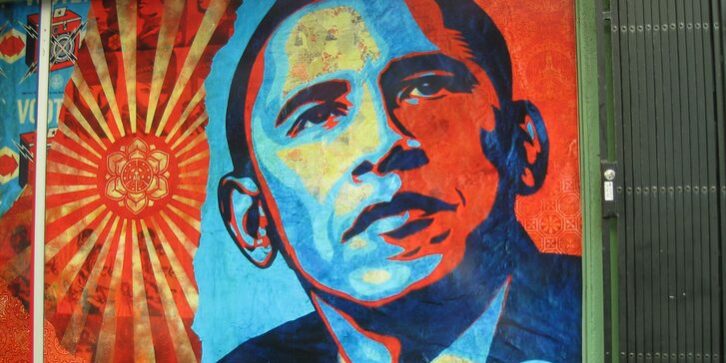 Former State Department and White House aide Will Inboden (who’s also an all-around smart guy and deep thinker on international relations) recently penned an opinion piece in Foreign Policy arguing that President Obama’s strategic approach to foreign policy — an Obama Doctrine, if you will — is, in fact, no doctrine at all. Inboden argues somewhat convincingly that the White House’s careening approach to Syria, Egypt, and other messy foreign policy conundrums signals a president disinterested in global affairs, demotivated to expend political capital on issues distant from his domestic interests, and generally annoyed that he’s asked to play the world’s policeman.

I have another theory: a unified Obama Doctrine arguably exist, it just happens to not be your run-of-the-mill national security-focused doctrine. It might be open government.

Here’s the argument, in brief:

—> Open government is one of the few policy issues of interest to this administration that has cut across both domestic and international lines and has commanded the President’s personal attention and engagement. It was his senior aides in the first term that conceptualized and helped launch the Open Government Partnership, a groundbreaking partnership between nearly 70 governments and civil society to advance the open government agenda internationally. While domestic open government reforms are indeed very incomplete, the president and a number of close advisors have done more to push the agenda than a number of his predecessors combined.

—> While observers like Inboden rightly point to certain key foreign policy cabinet officials being distant from the president (e.g. Kerry, Hagel, Clinton), he chose to install a close advisor and open government champion in the form of Samantha Power as ambassador to the UN. Fellow OGP architect Jeremy Weinstein, who left the White House to return to Stanford two years ago, has been called back to serve as Power’s chief of staff in New York.

—> An open government approach helps to explain, at least in part, why we might be perceiving a hesitation on the part of the president to influence other countries’ internal processes (or conflicts). Open government, for all its warts, relies on an approach of governments thrashing out their challenges with domestic constituencies and local stakeholders, not with elite power brokers and kingmakers at the international level.

Unified “doctrines” are largely constructs of external observers, I’d argue, not policymakers actually doing the dirty work of making decisions. In my own (admittedly limited) experience in government, I never once witnessed a senior official or politician invoking this doctrine or that. That’s the business, rightly or wrongly, of scholars and pundits. Our inability to stitch together a theory from the outside looking in isn’t in and of itself a symptom of disinterest, in my view.

I don’t want to push the argument too far. But I do think there’s merit in watching whether open government is indeed, perhaps only in retrospect, the concept that helps to fill in the blanks in explaining this president’s approach to global affairs.

(Two disclaimers bear mentioning: 1) I had the pleasure of working with Will Inboden when he was at the Legatum Institute at a time when Legatum was supporting the work of Global Integrity; and 2) Jeremy Weinstein served on Global Integrity’s board of directors before returning to government this month.)