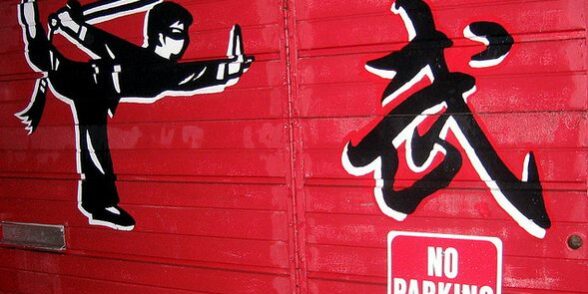 The great folks over at the Open Institute just released a new open source software package, dubbed Open Duka, that allows users to visualize the relationships between entries on database tables via an easy-to-use web interface. One obvious use case – which the Open Duka team has helped to seed in the initial Kenyan installation using locally available open and scraped data – is to help users see the relationships between commercial interests, government procurement and tendering awards, and government panels and committees. As in the chart below (click on the image to see the live visualization), it helps to draw linkages between powerful special interests and “movers and shakers” and the benefits their access and influence might translate to when it comes to government largesse. As Open Institute co-founder Jay Bhalla put it nicely in the Open Duka explanatory video, Open Duka doesn’t ‘automagically’ yield answers to questions of who exerts undue influence but rather helps users ask smart questions that they might otherwise not have anticipated.

Open Duka is well-designed and embraces good practices when it comes to simplicity and user experience on the Web. For you nerds out there, it’s worth grabbing the code on GitHub and playing around with your own data. As the Open Duka team points out, there’s no reason the stack needs to be fed with government contracting or procurement data. Any relational informational will do fine and may show interesting trends and linkages.

Can We Teach Tech for Transparency Kung Fu Faster?

When I first played around with Open Duka, my two immediate reactions were: 1) this is fun and could be useful, and 2) I’ve seen this before. The actual visualization techniques offered by Open Duka are not groundbreaking or new; they’ve been around for decades (with more robust functionality) in the commercial due diligence and law enforcement sectors. That’s where much of the original innovation around relationship mapping occurred: it helped law enforcement investigators better understand organized crime and drug networks, historically loose affiliations of individuals that only become obvious when visualized on a screen (or, earlier, a whiteboard). Open Duka’s big contribution is making that technology freely available and open source, which deserves some real applause and appreciation.

On the “how to make this useful” front: the image that jumped to my mind (weirdly enough) was the famous scene in the original The Matrix film where protagonist Keanu Reeves learns to master Kung Fu instantaneously as the entirety of the skill set is downloaded directly into his brain; his blinks his eyes and declares in astonishment a second later: “I know Kung Fu.”

The (tortured) analogy here: how can we get non-technical users in the transparency and accountability space to learn these techniques (such as relationship mapping) faster? Should we be expecting lay users (even professional infomediaries such as civil society organizations and media) to have the skills to download the stack from GitHub, successfully install the code on their own server, and know how best to leverage the tech towards advocacy and public engagement projects? The traditional options for helping them include:

None of those are terribly appealing (although we’ve certainly gone the fourth route with Indaba, to be fair). Instead, what Open Duka has me thinking about is the need for a serious investment in embedded technologists within key infomediaries. I’m certainly not the first to think of this, and it’s ongoing in a number of places, whether putting more coders in newsrooms or helping fund Chief Technology Officers within small- and medium-sized CSOs. But clearly we need more of this, and faster, if we hope to see something like Open Duka take off.

[Side note: we tried to embed the above visualization into this blog post, but after a few frustrating tries, realized that the Open Duka site doesn’t support HTTPS. Ho hum.]