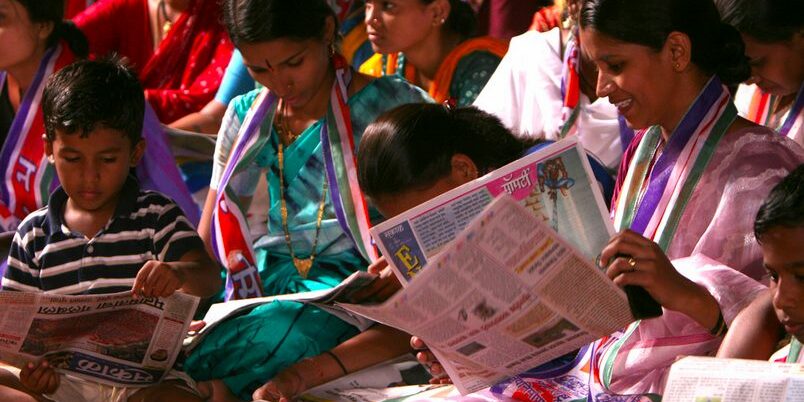 In a vast country like India, where languages, cultures, food, religious beliefs change every few kilometers, it is hard to gauge how a single political party can be elected to power. More often than not, the Indian Parliament is formed through a coalition; an amalgamation of two or three parties to form a majority in the Lok Sabha (Lower House).

This year, the Indian General Election will witness the largest democratic exercise in voting requiring 5 million people merely to conduct the election procedure. Over the past few years, India has witnessed a variety of political and economic turbulences, not to mention a host of corruption scams and incidences of rape. Often, I have had discussions with my colleagues here in the U.S. and their opinion of India is not always a positive one. In my opinion, this election will have a huge impact on India’s future and standing in the world.

Something that I’ve found to be a central factor during the run up to this historical election is the media’s role. While one would hope that the media should act as a watchdog – alert, observant and protective, providing access to information that is otherwise out of the reach of the common man – unfortunately, Indian media has not done this.

Recent media coverage of the pre-election rallies and events leading to the elections makes me wonder how a young voter could be impacted or misguided by the information provided to them. 378 million voters this year are, like me, between the ages of 18 – 35. This staggering number is constantly exposed to media, television, and social networking. I know that I am only a drop in this vast ocean, but it makes me wonder if there are others in this demographic who have the same reservations as I do.

A rudimentary analysis of the contestants – from the media’s perspective – has shown me that the following are my options:

Based on the above, I am confused by the lack of transparency created by the media. I understand that the media is entitled to its opinion, but must it constantly shove it into the faces of every Indian? What about honest, accountable, transparent journalism?

I cannot predict which party will come to power or who will be the next leader, but as 0.000000001% of India’s youth, all I can hope for economic stability, growth and government reform. As children we are often told that Rome was not built in a day, but we are seldom reminded Pompeii was destroyed in only three. We can only wait with baited breath and hope that our vote will make a difference.