Following the Money and Opening Government, Building from the Local! 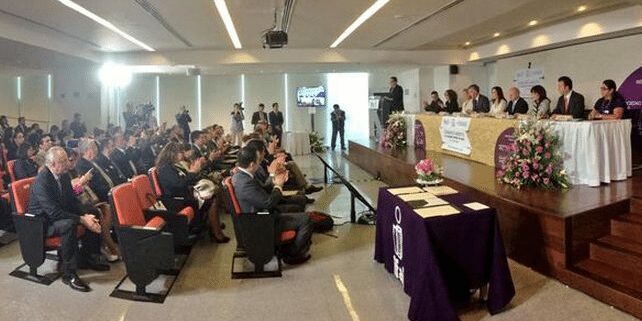 Mexico’s journey to more open government – a process of governing that puts citizens center-stage, with their feedback and participation enabling governments to better meet citizens’ needs – is a bumpy one. Human rights violations, alleged corruption that comes close to the President, and efforts to roll back key commitments on transparency, have led many to question the government’s commitment to open government. But this year – with Mexico the co-chair of the Open Government Partnership – offers a huge opportunity to support and encourage progress towards more open governance in Mexico.

Earlier this week, I was delighted to attend an event in Mexico City hosted by the Federal Institute for Access to Information (IFAI) and co-organised with the Mexican Conference for Access to Public Information (COMAIP). The event launched an initiative to build open government from the local level. The initiative will see 12 states develop local action plans, with a mixture of commitments drawn from the National Action Plan, commitments that respond to specific local challenges, and commitments about enabling citizens to track and shape the use of public resources. These “follow the money” commitments have been included because if people are not able to follow the money – to track and shape the use of public resources – then government isn’t open.

The starting point for the follow the money element of the local action plans will be assessments conducted by citizens’ groups across the 12 states. These assessments will explore whether citizens’ groups are able to “follow the money” and to get a sense of how effectively – perhaps with an element of comparison across the states – public resources are being invested to deliver key public services. The self-assessments will focus on particular issues such as education, health, infrastructure and energy, looking to identify the obstacles that prevent citizens from following the money and which policymakers might address. Overall, the process aims to strengthen the ability of open government champions from civil society, government and the private sector to follow the money and drive progress towards more open government.

The IFAI-led initiative to build open government from the local level and to support assessments of citizens’ ability to follow the money is at an early stage, but Global Integrity and IMCO are excited to be involved in this ambitious agenda. We look forward to sharing more about Mexico’s journey towards open government at local as well as national levels. As Eduardo Bohorquez of Transparencia Mexicana made clear on a panel involving representatives both from IFAI and from the Office of the Presidency, the journey to open government is a bumpy one – and sometimes, sadly, a violent one – but it is a journey that must be made.