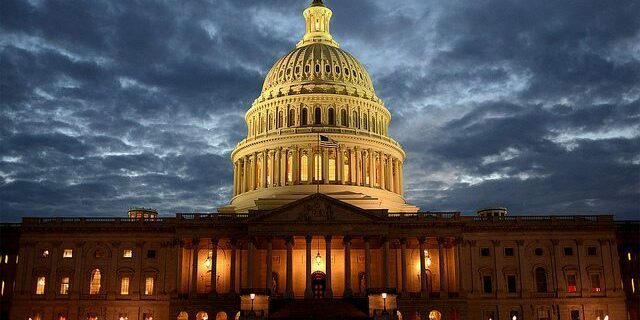 By Azeezat Adeleke, Sunlight Foundation, August 10, 2016 – The contents of this blog and the underlying research are the result of a partnership between Global Integrity and the Sunlight Foundation in relation to the State Integrity Investigation. This is the second post of a series of four – tracking state-level developments in campaign finance. First post here.

It’s no secret that those who wish to limit campaign contributions face constant challenges, as state legislators, courts, and executive officials propose, amend, repeal, and replace laws on campaign finance limits in an unceasing tide. Last year, Global Integrity and the Center for Public Integrity published the second round of the State Integrity Investigation, providing a comprehensive look at ethics and transparency in all fifty states. With a number of indicators on campaign finance, the index makes this dynamic landscape easier to understand.

Following the publication of the data, Global Integrity and the Sunlight Foundation partnered to explore how we could build on it, picking up where the State Integrity Index left off. We used the Index’s indicators on campaign finance limits to keep tabs on recent developments and examine which way the tide of campaign cash is headed. Sunlight’s methodology included grouping indicators and using Open States, Sunlight’s state legislative tracking tool, LegiScan, a compilation of state legislative websites, and news searches to find out whether and how states have made progress developing their reforms. We focused on whether limits on specific kinds of campaign contribution existed in law and in practice, and whether they have substantially changed over last year.

Sunlight found that 12 states modified their campaign finance limits: six in ways that strengthened them and six in ways that weakened them. This may seem like parity, but a closer examination shows that while the former bills are laudable, they pale in scope and power compared to the latter, the bills that reduce limits.

For an overview of developments – also in comparison with the State Integrity Investigation data, please see the table below. For notes on methodology, please see this post here.

Three state governments approved legislation that substantially increased the amount of money in their elections.

More money means more problems in multiple ways. When corporations can funnel money into political action committees, their power eclipses that of normal voters. As a result, elected officials may be more likely to support policy that benefits corporations with deep pockets. With more money in the system, officials will need to solicit larger donations just to keep up. Laws like the ones mentioned  above, especially in Michigan, Arizona, and Wisconsin, only fuel the arms race.

Laying Down the Limits

Though the bills that restrict or clarify limits are less dramatic than those described above, they still create transparency in ways that rarely grab news headlines.

Finally, New York demonstrates an important lesson in the power of public pressure. In January 2014, Governor Andrew Cuomo pledged to pass sweeping ethics reform legislation that year. It did not happen. In January 2016, Cuomo brought back the same rhetoric, pledging to close loopholes to limits and increase transparency. Meanwhile, advocates called for reform, especially as a string of high profile officials left Albany for federal prison.

In June of this year, Cuomo’s office released a legal opinion titled “Addressing Dark Money in Politics,” clarifying some limits on coordination between candidates and committees, while pointing to the need for more precise legal regulation in this area. Cuomo also pledged to push an accompanying bill, though his last-minute decision to act meant that the bill did not pass before the Assembly adjourned on June 16. If that public pressure remains into the next legislative session, perhaps Cuomo will act further. Several groups have kept the pressure on, including the Brennan Center, NY LEAD, and Fair Elections New York.

After all, while legislators, executive officers, and the courts have power over the limits, the public can still exercise its power over them. That begins with making your voice heard: if you’re displeased with this year’s legislation in your state, or wish to encourage your lawmakers to go farther, contact your state representatives and state senators and/or get in touch with the above organizations working on good governance in your state.

Did we miss something? Feel free to comment or send us your thoughts, suggestions, and feedback about the past year in political finance legislation to [email protected] or [email protected]