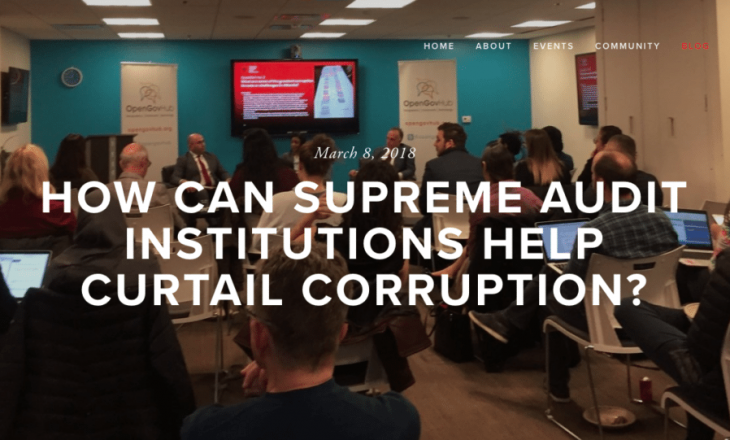 Ambassador Floreta Faber, the Albanian Ambassador to the United States, opened the program with welcome remarks. She highlighted the many steps Albania has taken in recent years to promote open government and combat corruption, through their membership in the Open Government Partnership and beyond. Some of these efforts include a regular series of townhalls across the country in which ministers and other high-level officials regularly connect with citizens and hear their grievances, and recent e-consular program that makes it easier for Albanians in the diaspora to obtain legal documents and a variety of other services online. She stressed that Albania’s current top priority is judicial reform, and encouraged all open government advocates to consider what lessons can be learned from Albania’s efforts, and how to support its ongoing progress toward more open, transparent and accountable governance.

Next, the Director of the Legal Department (Control of Standards, Implementation and Ethnics) of Albania’s Supreme Audit Institution (in Washington on a study visit delegation) Ermal Yzeiraj offered his perspective and examples of their successes and challenges in this work. In the last five years, Albania’s SAI has been very proactive in the fight against corruption, referring an impressive 266 cases to the courts (about one case per week). However judiciary itself, which should be an objective arbiter, is itself often politicized (hence the need for judicial reform), and so does not always take action on the evidence of ethics violations or corrupt behavior that the SAI provides. He offered a few specific examples of cases they have raised to the courts, such as one instance in which a municipal official used government funds to procure an expensive, high-end Range Rover vehicle, ostensibly to be used to transport water pumps. When scandals like this are uncovered, the SAI will also inform the media in order to inform the public. Yet in this difficult political environment, the SAI struggles to find allies and works to maintain its own reputation of impartiality and objectivity. He referred to a report by Transparency International assessing the integrity of Albania’s institutions, which ranked the SAI highest and concluded that many courts are subject to political influence.

Then Tonita Gillich shared remarks from her personal perspective, as Assistant Director and a financial crime compliance specialist at the Government Accountability Office (GAO – the United States’ own Supreme Audit Institution). She noted how GAO indirectly addresses corruption through developing tools that identify vulnerabilities to fraud and corruption in government. For example, she shared their Fraud Risk Framework Tool, which is used by staff in and out of GAO to prevent, detect, and assess fraud. Tools like this help promote a risk management mentality, which is key in preventing corruption. One striking example of fraud GAO uncovered was a case where a judge redirected over 6,000 Social Security disability claims court cases to his bench in which he ruled on them without any hearings and directed all affected individuals to a specific attorney in exchange for kickbacks. The attorney made over $8 million in the process, and these cases involved over $550 million in disability benefits from the Social Security Administration.

Gillich then discussed two critical ways in which SAIs can collaborate to enhance their ability to tackle fraud and corruption. The first is by having SAIs from different countries collaborate with each other, and the best platform to do this is the UN-mandated International Organisation of Supreme Audit Institutions (INTOSAI). She has participated in an INTOSAI working group that has developed a variety of anti-corruption tools, such as coordinated guidelines across countries to enable asset recovery for countries with kleptocratic leaders. Finally, Gillich explained how civil society organizations and SAIs can work together toward shared goals. For example, the Natural Resource Governance Institute presented their Resource Governance Index to a group of SAI representatives at an INTOSAI meeting, and this enabled the SAIs to integrate the resource governance index findings as they assess risks to fraud and corruption in natural resource management.

Matt Murray then provided comments and moderated the discussion based on his diverse experiences in anti-corruption, including his current work advising the Independent Joint Anti-Corruption Monitoring and Evaluation Committee of Afghanistan. This institution is supported by international donors and authorized by the President and Parliament in Afghanistan to implement anti-corruption efforts there. Its focus is to raise both the “supply” and “demand” for combating corruption by informing the public to put pressure on government to mitigate corruption, while also helping modernize government processes to minimize vulnerabilities to it. Their main tool is a Vulnerability to Corruption Assessment, and this institution itself may evolve into becoming Afghanistan’s SAI. He asserted that fundamentally, SAIs should provide information required for citizens to demand quality public services from their governments.

In the discussion, Gillich explained how here in the US, the Inspector General tackles corruption cases more directly than GAO, unlike what seems to be the case in Albania. Panelists also discussed how civil society organizations can pick up the findings from SAIs and use those in their advocacy efforts, helping to ensure that recommendations are actually implemented. Yzeriaj also discussed the value of a simple visual dashboard that could track and illustrate each year the progress various ministries have or have not made in implementing recommendations from the SAI, to increase accountability in implementation.

All agreed on the importance of maintaining the independence and impartiality of SAIs in any country, and forging partnerships across other parts of government as well as civil society to ensure implementation of efforts to mitigate fraud, ethics violations and corruption. 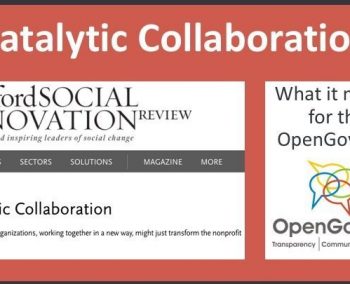 Catalytic collaboration – what it means for the OpenGov Hub 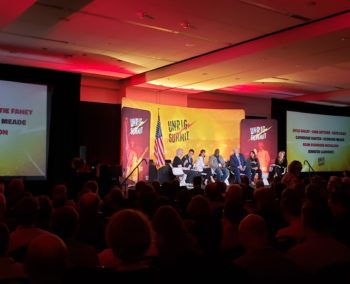