Beating kleptocrats at their own game: Learning how to tackle kleptocracy more effectively 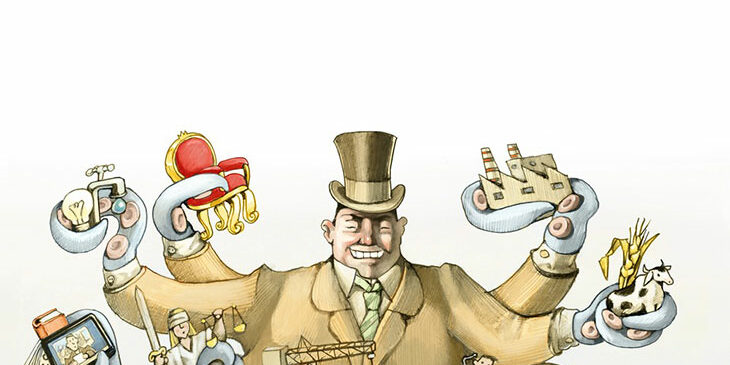 One of the many benefits of globalization is, depending on people’s access to technology, the possibility to connect with everyone everywhere almost instantaneously. However, the logic of instantaneous connectivity has allowed corrupt governing elites to commit and get away with crimes of baffling magnitude.

Kleptocracy, a government or state in which those in power loot state resources for private benefit, is a “side effect of globalization.” Despite kleptocracy’s being around for so long, anti-corruption advocates have only begun to scratch the surface in addressing its challenges. Today, there is growing consensus that kleptocracy is rapidly becoming one of democracy’s biggest threats, although the scale and impact of its corrosive effects have yet to be fully assessed. Kleptocrats bypass anti-money laundering regulations in Western democracies and infiltrate the political system through donations, weakening the rule of law and corrupting the basic pillars of democracy from within.

In fact, democracies  provide a network of services that enable kleptocratic behavior. White collar professionals – lawyers, accountants, bankers, and public relations agents – in Paris, London, and Washington, DC, provide creative mechanisms through which kleptocrats channel their ill-gotten gains by giving donations to universities, for example; get reputation makeovers, including granting prize awards to multilateral organizations or having former democratic leaders lobby on their behalf; and avoid prosecution.

Moving beyond the usual approaches – connecting the dots

Traditionally, Western policymakers and stakeholders fighting this type of corruption have failed to tackle the “transnational networks and global services that enable kleptocracy,” focusing instead  on the countries where the money is stolen and on kleptocrats themselves. For example:

These experiences demonstrate that there is no single, replicable blueprint for solving complex and ever-evolving kleptocracy challenges, particularly when  an interconnected transnational web facilitates the mobilization of stolen resources and whitewashing of images.

How do we change the field?

Those at the forefront of the fight against kleptocracy – in-country activists, journalists, and government officials – are best placed to lead. Local reformers need time and space to figure out not only what works and what does not, but to think through the why and how, and to share their insights with others trying to tackle kleptocracy elsewhere.  More local leadership and coordination of transnational efforts can support the design and implementation of effective anti-corruption strategies that address the different enabling elements of kleptocracy. Without this kind of approach, anti-corruption campaigns and efforts to involve citizens may backfire or fail.

Activists and government officials who lead anti-corruption efforts are already trying different strategies along these lines, and we as anti-corruption advocates should encourage them to keep trying! We should help local activists enjoy the flexibility to test whether their devised tactics make life harder for those committing crimes and generate impact, regardless of the type of reform they prioritize. And, just as kleptocrats do, activists and governments should be encouraged to leverage the collective strengths and expertise of their allies around the world to learn and adapt together so that they, individually and collectively, can become more effective over time.

If governments and civil society activists are to make meaningful progress in the fight against kleptocracy, unpacking and mapping problems, including with respect to their transnational dimensions; understanding whether and how their strategy fits into the overall system of proposed countermeasures; and tracking whether their interventions have the desired effects is crucial. Only by following this sort of problem-driven, learning-centred, and adaptive approach can anti-corruption organizations learn how to more effectively counter the negative effects kleptocracy has in both Western democracies and in the countries where resources are looted.

At Global Integrity, we are excited to support both the local leadership and innovation and cross-country learning that can help address kleptocracy. We help our partners systematically experiment and learn to craft ever-more-effective solutions to corruption problems. We know that starting with problems can be more daunting than thinking of the solutions first. That’s why, in conversations with partners in Central Africa  over the past year about how we could work together to tackle kleptocracy, we have turned the process upside down and thought about the problems they face first. Only then can we strategize together about what kinds of solutions fit their contexts and how we might make progress toward tackling kleptocracy.

We are excited to keep these conversations going over the next few months and learn more about how we can work together to generate evidence and insights that can inform more effective work against kleptocracy around the world.