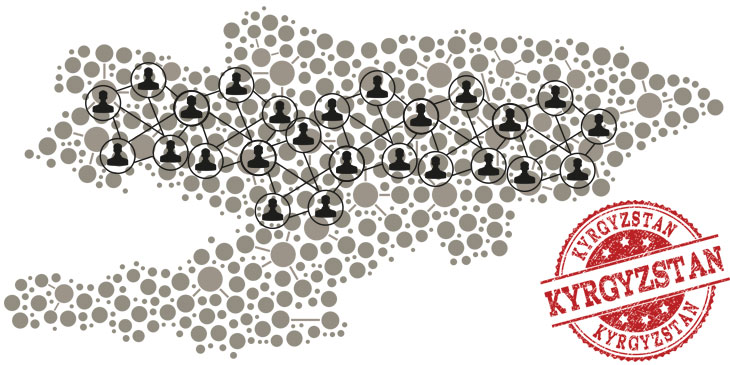 The Central Asia prong of our research has been examining the interplay and dynamics between informal governing networks and the formal legal–institutional system—the rules and procedures (and the way they operate) that formally structure and organise everything from government and the bureaucracy (including the justice sector and judiciary) to companies and business contracts.

We have hypothesised that much donor -funded or -encouraged law reform assistance—especially Rule of Law (RoL) programming targeted on legislation and court processes for purposes of stemming corruption—misfires because it neglects to factor in the sociopolitical realities of legal systems in network-governed contexts.

Networks of the kind that we find in Central Asia and across post-Soviet space (patronal systems) invest significant resources in configuring and then controlling the legal and constitutional systems.  They facilitate corruption not by working around the law, but by working through the law—manipulating it to their own ends and shaping it in the first place. They ‘build and operate’ the legal–institutional apparatus. When networks have exercised governing power from the very inception as they have done across post-Soviet space, drafting and amending constitutions, they build and operate the state itself.

Two distinctions are really important to appreciate from the outset:

We are interested in Kyrgyzstan because it stands out as both a very elaborately networked state—with networks operating at both central and regional/local levels—and a state that has seen a great deal of legal and constitutional reform. The Kyrgyz networks have been the subject of sustained study and analysis.

Through in-depth interviews with a wide range of Kyrgyz informants (including ordinary citizens and significant economic, social, and political actors), we have been investigating the significant shifts and reconstitution of the Kyrgyz networks after recent political and structural developments, including the 2015 and 2017 elections, and the Constitutional amendments of 2010 (the new parliamentary constitution) and 2016, which made Kyrgyzstan the most formally parliamentary and least presidentialist of all Central Asian (and arguably all post-Soviet) states. Nonetheless, successive networks under Presidents Atambaev (2011-2017) and Jeenbekob (2017-date) have restored de facto presidential primacy, manipulating the new constitutional arrangements.

Lessons for reforms and reformers

Clearly, neither the rationale nor the impact of a proposed legal reform, even at the level of the structure of government itself, can be analysed independently of network interests and goals; it is never a matter of simply programming or reprogramming a rule- and procedure-bound bureaucratic (Weberian) governance apparatus.  Rules and procedures—even constitutional rules and procedures—in a network environment are indeterminate in the first place, since they are subject to variable, inconsistent, selective, invidious, tendentious, or perverse application and enforcement in the service and interests of the network and network actors.

Moreover, the apparent paradox in Kyrgyzstan of ceaseless reform amidst entrenched network governance makes sense when the reforms are understood as network instruments but never entirely reliable instruments: the results of reforms are unpredictable and reflect intervening network contingencies and dynamics, including the rise of rival or successor networks.

It is particularly important for policymakers to reckon with the long-term consequences of serial reform failure—erosion of trust not in government (long since gone) but in politics, itself, or the very possibility of change.